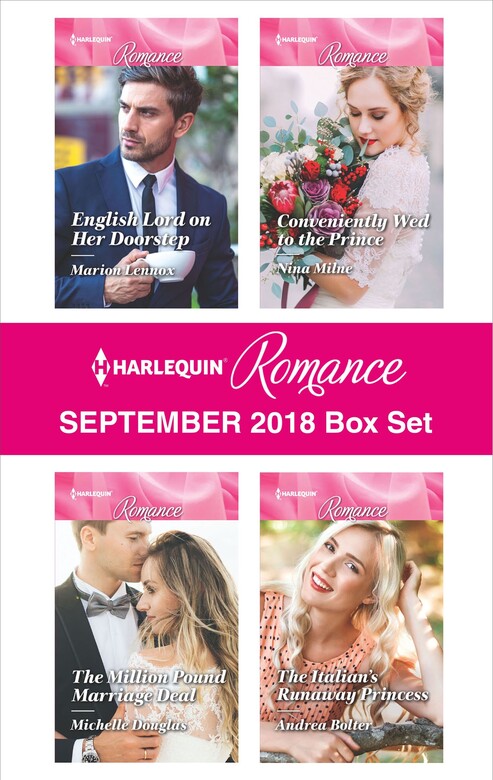 #4631 ENGLISH LORD ON HER DOORSTEP

Stranded with handsome stranger Bryn Morgan during a storm, Charlie can’t help seeking one night of comfort in his reassuring arms… The two forge a seemingly unbreakable bond—until morning brings the revelation that Bryn is in fact Lord Carlisle!

Billionaire playboy Will Trent-Paterson has just one year to get married. And his old friend Sophie Mitchell has the perfect temporary solution: she’ll marry him—for one million pounds! Only, Will soon realizes walking away from captivating Sophie isn’t going to be easy…

#4633 CONVENIENTLY WED TO THE PRINCE

When Prince Stefan learns he might inherit land in his estranged principality, he discovers beguiling Holly Romano is also named in the will—and the land goes to whomever marries first… So they join forces and conveniently marry each other!

With her arranged royal wedding only weeks away, Princess Luciana flees to Florence for a glimpse of life outside the palace walls…only to be rescued by guarded billionaire Gio Grassi! Could this chance encounter change the course of their lives—forever?