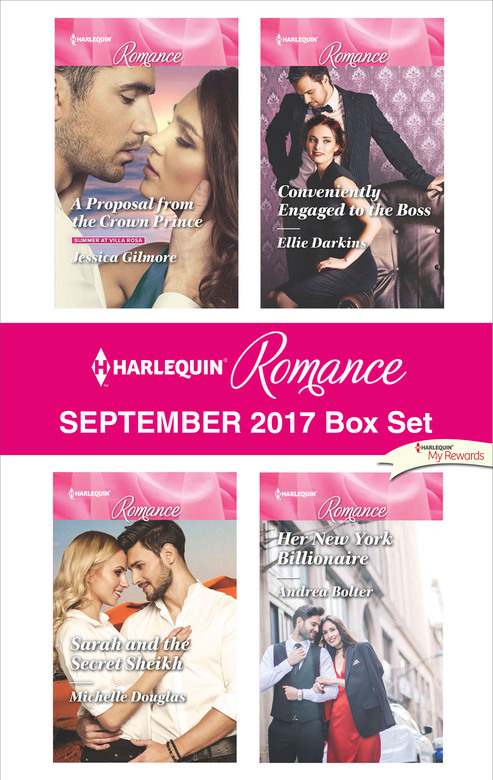 When ballerina Posy Marlowe escapes to Villa Rosa, her peace is shattered by the arrival of a gorgeous stranger on her private beach! Once, Crown Prince Nico would have charmed Posy off the beach and into his arms, but now he’s in need of a more permanent arrangement. Will Posy agree to be his princess bride?

#4584 SARAH AND THE SECRET SHEIKH
by Michelle Douglas

One magical night with enigmatic Sheikh Majed leaves Sarah both pregnant and torn over whether to reveal her secret to the confirmed bachelor. But discovering he’s going to be a father changes everything for Majed, and it’s time for him to unveil his true identity—prince of Keddah Jaleel!

#4585 CONVENIENTLY ENGAGED TO THE BOSS
by Ellie Darkins

Joss Dawson needs a fiancée, and for him the answer’s simple: his fiercely intelligent, beautiful assistant, Eva, should play the role! But pretending to be Joss’s fiancée threatens to ruin the life Eva’s worked so hard for. How will she keep her head when she’s losing her heart to her frustratingly attractive new boss?

Artist Holly Motta arrives in New York to find billionaire Ethan Benton in the apartment where she’s meant to be staying! And the next surprise? Ethan needs a fake fiancée—fast!—and he wants her for the role. But what happens when Ethan realizes Holly’s the only woman he’d really like to make his wife?