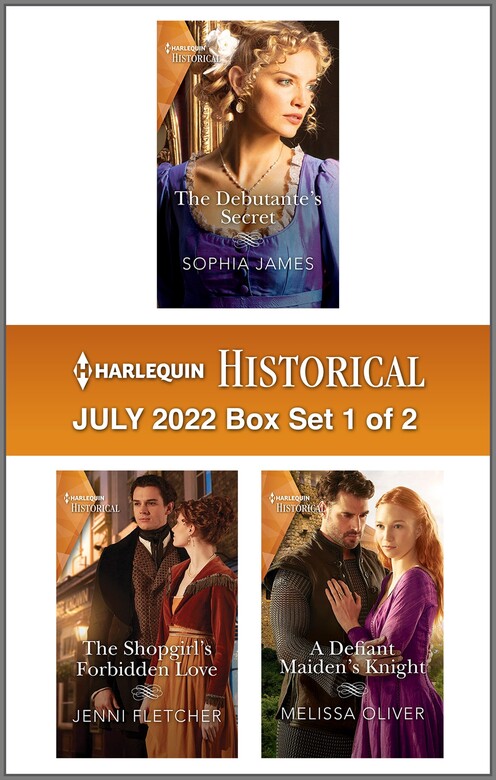 Do you dream of wicked rakes, gorgeous Highlanders and muscled Viking warriors? Harlequin® Historical brings you three new full-length titles in one collection!

THE DEBUTANTE'S SECRET
By Sophia James
(Regency)
Esther Barrington-Hall needs a steadfast, responsible husband. Rakish Lord Wrotham is neither, but he is exciting and sexy. And dangerous, too, because he’s the only one who knows her past…

THE SHOPGIRL'S FORBIDDEN LOVE
By Jenni Fletcher
Regency Belles of Bath
(Regency)
Nancy has been fighting her feelings for James, a handsome shop owner, for years. Finally, she can no longer deny her love—but discovers he’s engaged to someone else!

A DEFIANT MAIDEN'S KNIGHT
By Melissa Oliver
Protectors of the Crown
(Medieval)
Joan’s deteriorating sight won’t stop her from helping Sir Warin, her fierce protector. If only fighting her attraction to the gallant knight was as simple as fighting their enemies!