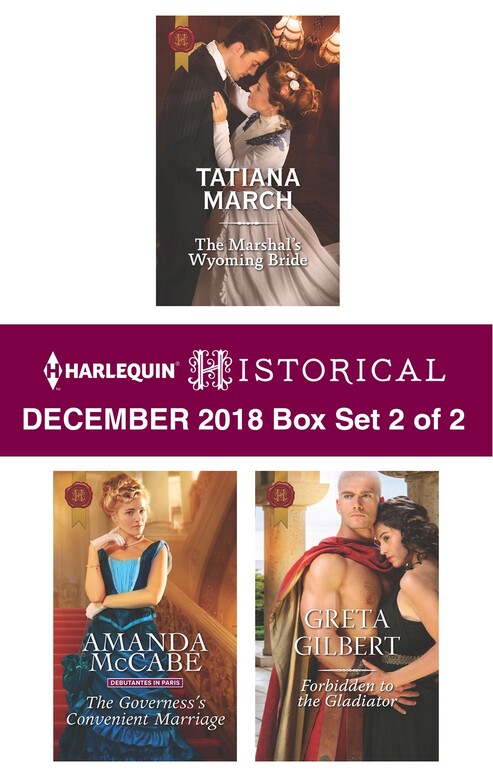 When enigmatic US Marshal Dale Hunter helps innocent Rowena McKenzie when she’s accused of murder, she offers him her inherited ranch—but Dale will only accept if Rowena agrees to marry him!

Lady Alexandra is shocked to be reunited with Malcolm Gordston, the man she was never allowed to marry. He’s now incredibly wealthy, and despite her family’s scandal, determined to make her his bride!

FORBIDDEN TO THE GLADIATOR

When her father loses his wager on a gladiator fight, Arria is forced into slavery. She becomes captivated by her burning attraction for gladiator Cal. Can she give him a reason to fight for their freedom?