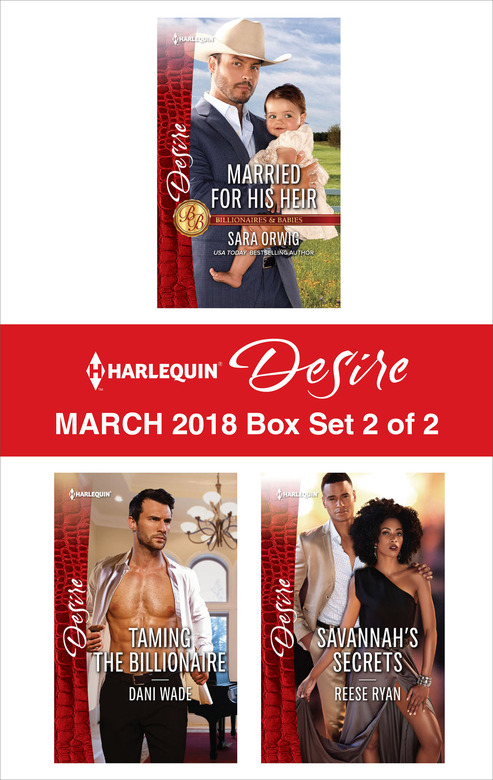 Do you love stories with sexy, romantic heroes who have it all—wealth, status, and incredibly good looks? Harlequin® Desire brings you all this and more with these three new full-length titles in one collection!

Reclusive rancher Nick is shocked to learn he’s a father to an orphaned baby girl! Teacher Talia loves the baby as her own. So Nick proposes they marry for the baby—with no hearts involved. But he’s about to learn a lesson about love…

When she arrives on a remote Southern island to become temporary housekeeper at a legendary mansion, Willow Harden finds a beastly billionaire boss in reclusive Tate Kingston. But he’s also the most tempting man she’s ever met. Will she fall prey to his seduction…or to the curse of Sabatini House?

Savannah Carlisle infiltrated a Tennessee bourbon empire for revenge, not to fall for the seductive heir of it all. But as the potential for scandal builds and one little secret exposes everything, will it cost her the love of a man she was raised to hate?