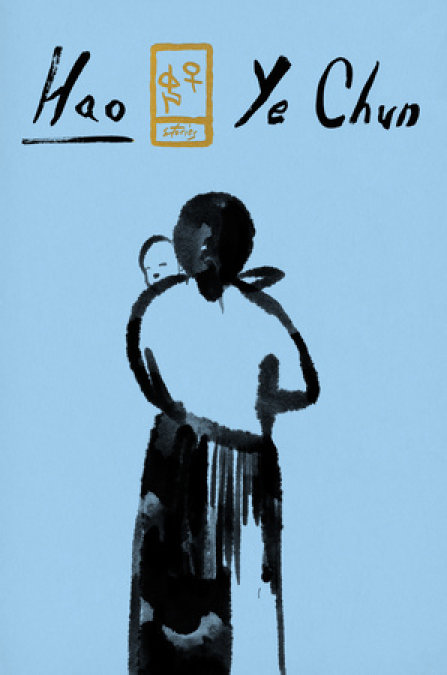 An extraordinary debut collection of short stories by a three-time Pushcart Prize winner following Chinese women in both China and the United States who turn to signs and languages as they cross the alien landscapes of migration and motherhood.

"The most common word in Chinese, perhaps, a ubiquitous syllable people utter and hear all the time, which is supposed to mean good. But what is hao in this world, where good books are burned, good people condemned, meanness considered a good trait, violence good conduct? People say hao when their eyes are marred with suspicion and dread. They say hao when they are tattered inside."

By turns reflective and visceral, the stories in Hao examine the ways in which women can be silenced as they grapple with sexism and racism, and how they find their own language to define their experience.

In “Gold Mountain,” a young mother hides above a ransacked store during the San Francisco anti-Chinese riot of 1877. In “A Drawer,” an illiterate mother invents a language through drawing. And in “Stars,” a graduate student loses her ability to speak after a stroke. Together, these twelve stories create "an unsettling, hypnotic collection spanning centuries, in which language and children act simultaneously as tethers and casting lines, the reasons and the tools for moving forward after trauma. "You’ll come away from this beautiful book changed” (Julia Fine, author of The Upstairs House).

It’s a swirling, crackling kind of pain, as if an electric eel is twisting inside her skull. Luyao saw such an eel in the St. Louis Aquarium during the winter break: the tank lit up every few seconds with lights powered by the eel’s own voltage charges. The flashing lights had, for some reason, felt like blips of pain, and now, they are in her head, silvery, frantic. She clutches the edge of the podium and sees her students’ eyes all set on her, keenly, like some high-pitched chorus. She falls silent, realizing with a sinking heart that she hasn’t been making sense. She has been speaking not in English, but in Chinese, or more likely, a jumble of the two.

“I’m sorry, I’m not feeling well.” She says the English words, but what comes out of her mouth sounds warped, writhing, even to her own ears. She puts a hand to her head, trying to trace the contours of the phrase “class dismissed.” But as her tongue moves to its supposed position, there is nothing left to trace: the words have vanished from her brain.

Luyao does not quite remember what happens next. Only the image of the eel hunting inside her tight skull, its electricity turning words into puffs of smoke.

The diagnosis is a stroke. A blood clot is killing the brain cells in her left frontal lobe—specifically, the region that controls speech. Luyao, at thirty-seven, third-year doctoral student in economics, and mother of a six-year-old, has lost her ability to speak.

When her husband, Gaoyuan, arrives at the hospital, with one of his jacket collars tugged under the neckline, all she can say is one word, hao. The mellow-voiced doctor asks how she feels, she answers hao; asks her to name pictures of dogs, dolphins, and roses, she replies hao. Good, yes, okay. The most common word in Chinese, which must have been so imprinted in her memory it alone escaped the calamity. She says hao even when she is shaking her head and slapping her hand on the threadbare sheet of the hospital bed.

She wants to ask Gaoyuan where their daughter is. She can voice her daughter’s name in her brain, Xinxin, a name she picked, meaning happy, flourishing, thriving, homophone to the word for heart and the word for new. “You can’t find another sound with so many good meanings,” she’d said to Gaoyuan. But her mouth has forgotten how to make that sound as well.

Gaoyuan does not read her mind. He’s telling her what the doctor has told him. That she’d passed out, her students called 911, and an ambulance took her to the ICU. It could have been much worse. She could have lost her muscle function, or her language abilities altogether. She can still understand what others say, can still read in her head, albeit slowly.

“Xinxin is with our neighbor,” he says finally. “I’ll bring her tomorrow.”

“Hao,” Luyao says, and means it this time.

When she is alone again, encircled by a beige cubicle curtain in a corner of the hospital room, she moves all her body parts and all of them are still movable. She is lucky, they were trying to tell her. She closes her eyes and wonders if she can still cry out loud, or scream. The patient on the other side of the curtain is turning in bed, trailing long sighs with each toss. Luyao covers her ears to focus. The sound of her daughter’s name. Xinxin. Her body quivers, her mouth fumbles, her tongue queries. But no sound except the accursed haomakes its way out into the air.

The next day, clinging to her father’s leg, Xinxin looks at Luyao as though unsure if she is her real mother. The little girl once told Luyao where she had been before her birth: “I was so small,” Xinxin said when she was around three. “I was invisible. I was sneaky, hiding from you. Then I jumped out in front of you.” Luyao had felt both chill and momentary illumination. There seemed to be truth in her daughter’s baby talk—this jump from being invisible to being in front of her, this will to be born and seen. If only she could think it out. But she had no time to dwell. She had been constantly busy since she went back to school, mentally absent from her daughter’s logic and riddles and inventions. Only the afternoon before the stroke, Luyao stretched out an arm to stop Xinxin from climbing onto her lap: “Don’t interrupt me, please. Go read a book or draw a picture.”

Scott, a young speech therapist with perfectly aligned teeth, is singing “Row, Row, Row Your Boat.” He asks Luyao to hum along and swings her arms with his to match the rhythm. He looks at her mouth closely as if expecting something miraculous. When he finishes the song, he moves on to “Happy Birthday.” But nothing comes out of Luyao’s mouth except more off-tune humming.

Scott says that it was an experiment. Rhythm and melody are controlled by the right side of the brain, which is not damaged in Luyao’s case. People with her condition can sometimes blurt out the lyrics when they hum along with nursery songs. “But it probably only works for native speakers,” he says.

Luyao learned those songs roughly the same time she started learning English—in middle school, in a small town in China where all her English teachers had learned their English from someone who was also Chinese. With each new teacher, Luyao inherited a different set of mispronunciations and accents, and had to unlearn and learn again. Though she was never particularly interested in English, her father had decided that she would major in the language. He predicted it would be useful, foreseeing more trade between China and English-speaking countries. He himself had majored in Russian when the two countries had called each other brothers. Luyao’s pronunciations and accents continued to morph according to the professors she studied with, most of them also Chinese. She continued to learn the language perfunctorily, memorizing rules and combinations to pass exams. But in her junior year, when she was able to read unabridged literature in English, the language started to make sense to her. What seemed to be randomly arranged letters were able to generate views of far-off places she couldn’t otherwise see.

After seven years of administrative work at an American pharmaceutical company in Shanghai, Luyao decided that was not what she wanted to do with the rest of her life. She applied for schools in America and got a student visa to pursue an MA in literature. She met Gaoyuan, a graduate student in math at the same East Coast university. After they graduated, neither of them could find a job, and legally they had only one year to stay. ...