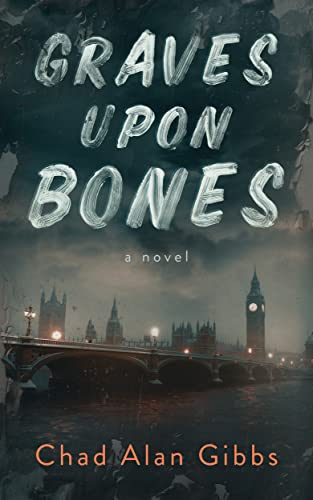 After solving a decades-old cold case murder, Izzy Brown learns no good deed goes unpunished. Arrested, expelled, and back in the sad Florida trailer park where she’s spent most of her life, Izzy’s world has spiraled out of control. But then, the opportunity of a lifetime…

Izzy accepts an invitation to move to England with her best friend, Elton Jones-Davies, and live with his mother in her flat in Graves upon Bones, London’s poshest neighborhood. At her exclusive new private school, Izzy begins seeing a therapist for her anxiety, and life is good—for a minute.

But then Izzy and Elton open an investigation into the unsolved bombing of a local pub and soon uncover illicit affairs, ties to organized crime, and even terrorist plots. Desperate not to squander her second chance, Izzy promised her mother she’d not go looking for trouble. But trouble has found her, and now Izzy must decide whether to press on in her search for the killer, knowing it could cost her everything.

Set in 2009 during the Great Recession and the first wave of the opioid epidemic, Graves upon Bones is the second book in the Izzy and Elton Mystery Series.
Read more

He’d always thought the beauty of owning a pub was never seeing these ridiculous pre-dawn hours. Still, here he was, stomping through Graves at five in the bloody morning. Never mind he’d stayed up half the night having a row with his kids.

Ethan, his thirteen-year-old, wanted Davy to take him to some Marie Curie exhibit at the Science Museum across from Imperial College. “Sod off,” Davy told him. “Tomorrow is the playoff final. Your radioactive bint can wait.” Davy hoped knowing Madame Curie discovered radioactivity would earn him some points with the boy, but no such luck. Ethan burst into tears and ran to the basement, leaving his father to sigh and shake his head.

Davy didn’t care for much else.

All they shared was blood and a name.

Sarah, Davy’s seventeen-year-old princess, cared entirely too much about football. Well, one footballer, that is. Harry Lane was a fixture at the Taylor house long before joining Graves United’s youth academy. Now he was under contract with the senior club and set to make a fortune if he could lead them to top-flight promotion in tomorrow’s playoff final against Crystal Palace. Thankfully, Sarah and Harry had broken up for the thirty-eighth time earlier in the week. Davy hoped this time it would stick.

“What’s wrong, love?” Davy asked, pointing to his daughter’s untouched bangers and mash. “Your palate too refined for pub food?”

Davy groaned and let his forehead hit the dinner table.

“Again? Two days ago, you called him a miserable prat.”

“It was just a stupid fight. I want to marry him.”

“Like hell you do,” Davy said, choking on his pint. “You’re seventeen bloody years old.”

“The same age Mum was when she married you,” Sarah replied.

Davy rolled his eyes because he couldn’t argue her point, and his daughter said, “I don’t know what you have against him. Harry has loads of money. Or at least he will.”

“It’s not about the money, love. You read the papers. Every one of them footballers has two birds on the side. He’ll break your heart, and I won’t allow it.”

“You don’t know anything about Harry.”

“I know you’ll marry him over my dead body.”

“Why couldn’t you have died instead of Mum?” Sarah screamed, then burst into tears and ran upstairs.

Davy sighed, toasted the photograph of his late wife on the wall, and finished his pint in one long chug. Harry Lane wasn’t a bad kid, but he’d never let Sarah marry him.

Sarah was a daddy’s girl.

Davy spoiled her to the moon.

But some bonds are thicker than blood.

The alarm jolted Davy awake at an ungodly hour the following morning. He showered and shaved, spent fifteen minutes searching for his keys, then made the half-mile walk to The Red Lion, his family’s pub that had served the Graves district since Queen Victoria’s ample bottom rested on the throne.

“Bloody hell, boys, what time did you wake up?” Davy asked the three Graves United supporters who were already queued outside when he arrived.

“We haven’t been to sleep yet,” one replied before they all burst into a song praising their teenage hero … “There’s only one Harry Lane!”

“Well, give me five minutes, and I’ll let you in,” Davy said, and the three substituted the pub owner’s name into their chorus … “There’s only one Davy Taylor!”

Davy walked inside and flipped on the lights. He’d planned to open at six, earlier now since customers were singing on the stoop, and he’d close at two and make his way over to Lenox Park for the match. Then, Davy and a legion of Graves United supporters would return two hours later and either celebrate or mourn late into the night. That his favorite club was on the precipice of England’s top division for the first time ever was beyond belief. Still, Davy needed a jolt from his morning tea before he could feel adequately excited.

The phone rang as he put a kettle on the boil.

“There’s a bomb,” a familiar voice said through the receiver.

Davy knew about these calls.

But he never thought he’d receive one.