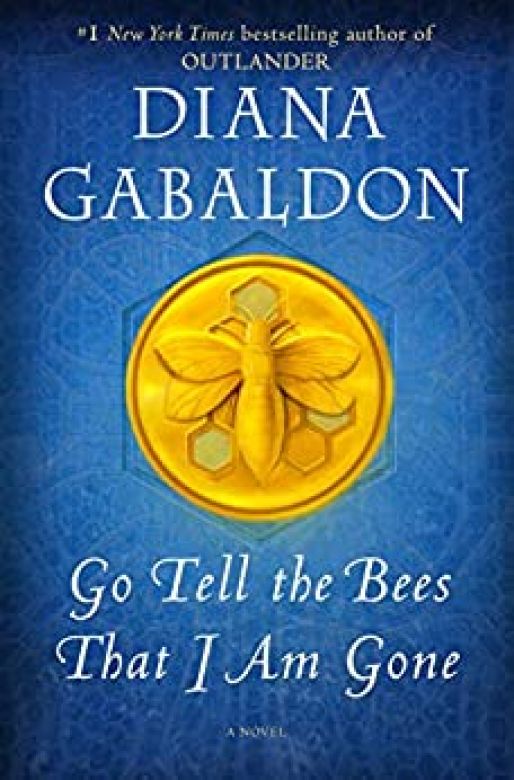 The author of the Sunday Times bestselling Outlander series returns with a brand new novel in the epic tale.

Jamie Fraser and Claire Randall were torn apart by the Jacobite Rising in 1743, and it took them twenty years to find each other again. Now the American Revolution threatens to do the same.

It is 1779 and Claire and Jamie are at last reunited with their daughter, Brianna, her husband, Roger, and their children on Fraser's Ridge. Having the family together is a dream the Frasers had thought impossible.

Yet even in the North Carolina backcountry, the effects of war are being felt. Tensions in the Colonies are great and local feelings run hot enough to boil Hell's tea-kettle. Jamie knows loyalties among his tenants are split and it won't be long until the war is on his doorstep.

Brianna and Roger have their own worry: that the dangers that provoked their escape from the twentieth century might catch up to them. Sometimes they question whether risking the perils of the 1700s - among them disease, starvation, and an impending war - was indeed the safer choice for their family.

Not so far away, young William Ransom is still coming to terms with the discovery of his true father's identity - and thus his own - and Lord John Grey has reconciliations to make, and dangers to meet . . . on his son's behalf, and his own.

Meanwhile, the Revolutionary War creeps ever closer to Fraser's Ridge. And with the family finally together, Jamie and Claire have more at stake than ever before.

'Gabaldon is a gifted world-builder, and her attention to the unglamorous details of life in the past, like digging privies, plus authentic portraits of marriage and relationships lift her series' Daily Telegraph 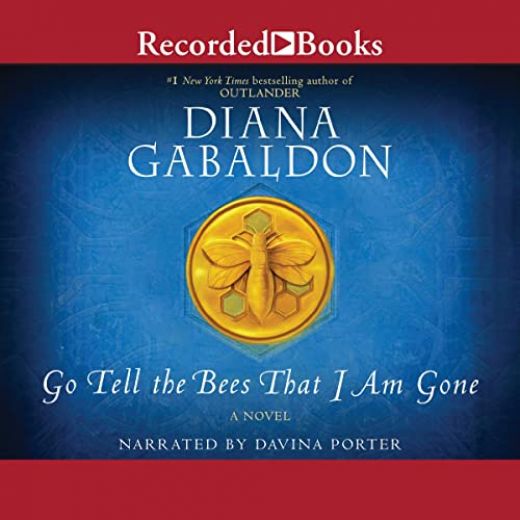 1 THE MACKENZIES ARE HERE

THERE WAS A STONE under my right buttock, but I didn’t want to move. The tiny heartbeat under my fingers was soft and stubborn, the fleeting jolts life. The space between them was infinity, my connection to the dark sky and the rising flame.

“Move your arse a bit, Sassenach,” said a voice in my ear. “I need to scratch my nose and ye’re sitting on my hand.” Jamie twitched his fingers under me, and I moved, turning toward him as I shifted and resettled, keeping my hold on three-year-old Mandy, bonelessly asleep in my arms.
He smiled at me over Jem’s tousled head and scratched his nose. It must have been past midnight, but the fire was still high, and the light sparked off the stubble of his beard and glowed as softly in his eyes as in his grandson’s red hair and the shadowed folds of the worn plaid he’d wrapped about them both.

On the other side of the fire, Brianna laughed, in the quiet way people laugh in the middle of the night with sleeping children near.

She laid her head on Roger’s shoulder, her eyes half closed. She looked completely exhausted, her hair unwashed and tangled, the firelight scooping deep hollows in her face . . . but happy.

“What is it ye find funny, a nighean?” Jamie asked, shifting Jem into a more comfortable position. Jem was fighting as hard as he could to stay awake, but was losing the fight. He gaped enormously and shook his head, blinking like a dazed owl.

“Wha’s funny?” he repeated, but the last word trailed off, leaving him with his mouth half open and a glassy stare.

His mother giggled, a lovely girlish sound, and I felt Jamie’s smile.

“I just asked Daddy if he remembered a Gathering we went to, years ago. The clans were all called at a big bonfire and I handed Daddy a burning branch and told him to go down to the fire and say the MacKenzies were there.”

“Oh.” Jem blinked once, then twice, looked at the fire blazing in front of us, and a slight frown formed between his soft red brows. “Where are we now?”

“Home,” Roger said firmly, and his eyes met mine, then passed to Jamie. “For good.”

Jamie let out the same breath I’d been holding since the afternoon, when those four figures had appeared suddenly in the clearing below, and we had  flown down the hill to meet them. There had been one moment of joyous, wordless explosion as we all flung ourselves at one another, and then the explosion had widened as Amy Higgins came out of her cabin, summoned by the noise, to be followed by Bobby, then Aidan—who had whooped at sight of Jem and tackled him, knocking him flat—with Orrie and little Rob.

Jo Beardsley had been in the woods nearby, heard the racket, and come to see . . . and within what seemed like moments, the clearing was alive with people. Six households were within reach of the news before sundown; the rest would undoubtedly hear of it tomorrow.

The instant outpouring of Highland hospitality had been wonderful; women and girls had run back to their cabins and fetched whatever they had baking or boiling for supper, the men had gathered wood and—at Jamie’s behest—piled it on the crest where the outline of the New House stood, and we had welcomed home our family in style, surrounded by friends.

Hundreds of questions had been asked of the travelers: Where had they come from? How was the journey? What had they seen? No one had asked if they were happy to be back; that was taken for granted by everyone.

Neither Jamie nor I had asked any questions. Time enough for that—and now that we were alone, Roger had just answered the only one that truly mattered.

The why of that answer, though . . . I felt a stirring of the hair on my nape.

“Sufficient unto the day is the evil thereof,” I murmured into Mandy’s black curls, and kissed her tiny, sleep-deaf ear. Once more, my fingers probed inside her clothes—filthy from travel, but very well made—and found the hairline scar between her ribs, the whisper of the surgeon’s knife that had saved her life two years ago, in a place so far from me.

It thumped peacefully along, that brave little heart under my fingertips, and I blinked back tears—not for the first time today, and surely not for the last.

“I was right, aye?” Jamie said, and I realized he’d said it for the second time.

“About needing more room,” he said patiently, and turned to gesture at the invisible rectangle of the stone foundation, the only tangible trace so far of the New House. The footprint of the original Big House was still visible as a dark mark beneath the grass of the clearing below, but it had nearly faded away. Perhaps by the time the New House was finished, it would be only a memor y.

Brianna yawned like a lion, then pushed back her tangled mane and blinked sleepily into the dark.

“We’ll probably be sleeping in the root cellar this winter,” she said, then laughed.

“O ye o’ little faith,” Jamie said, not at all perturbed. “The timber’s sawn, split, and milled. We’ll have walls and floors and windows aplenty before snowfall. Maybe no glass in them yet,” he added fairly. “But that can wait ’til the spring.”

“Mmm.” Brianna blinked again and shook her head, then stood up to look. “Have you got a hearthstone?”

“I have. A lovely wee piece of serpentine—the green stone, ken?”

“I remember. And do you have a piece of iron to put under it?”

“Not yet, no. I’ll find that when we bless the hearth, though.”

“Well, then.” She sat up straight and fumbled among the folds of her
cloak, emerging with a large canvas bag, clearly heavy and full of assorted objects. She delved about in this for a few moments, then pulled out something that gleamed black in the firelight.

“Use that, Da,” she said, handing it across to Jamie.

He looked at it for a moment, smiled, and handed it to me.

“It” was a smooth black metal chisel, six inches long and heavy in my hand, with the word “Craftsman” imprinted in the head.

“Well . . . for a hearth,” Bree said, smiling at him. She put a hand on Roger’s leg. “At first, I thought we might build a house ourselves, when we could. But—” She turned and looked across the darkness of the Ridge into the vault of the cold, pure sky, where the Great Bear shone overhead. “We might not manage before winter. And since I imagine we’ll be imposing ourselves on you . . .” She looked up from under her lashes at her father, who snorted.

“Dinna be daft, lass. If it’s our house, it’s yours, and ye ken that well enough.” He raised a brow at her. “And the more hands there are to help with the building of it, the better. D’ye want to see the shape of it?”

Not waiting for an answer, he disentangled Jem from his plaid, eased him down on the ground
beside me, and stood up. He pulled one of the burning branches from the fire and jerked his head in invitation toward the invisible rectangle of the new foundation.

Bree was still drowsy, but game; she smiled at me and shook her head good-naturedly, then hunched her cloak over her shoulders and got up.

“Coming?” she said to Roger.

He smiled up at her and waved a hand, shooing her along. “I’m too knackered to see straight, love. I’ll wait ’til the morning.”

Bree touched his shoulder lightly and set off after the light of Jamie’s torch, muttering something under her breath as she stumbled over a rock in the grass, and I laid a fold of my cloak over Jem, who hadn’t stirred.

He gazed into my eyes, saw what I was thinking, and sighed.

“Aye, it was bad. Bad enough,” he said quietly. “Even so—we might have gone back to deal with it. I wanted to. But we were afraid there wasn’t anyone there Mandy could feel strongly enough.”

“Mandy?” I looked down at the solid little body, limp in sleep. “Feel whom? And what do you mean, ‘gone back’?” Wait—” I lifted a hand in apology. “No, don’t try to tell me now; you’re worn out, and there’s time enough.” I paused to clear my throat. “And it’s enough that you’re here.”

He smiled then, a real smile, though with the weariness of miles and years and terrible things behind it.