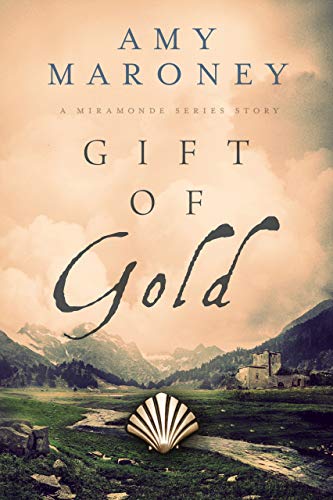 Enter the dangerous, dazzling Renaissance-era world of the Pyrenees mountains.

Meanwhile, the men and women of the high country struggle to maintain their freedom, defend their villages from wolves and bears, and survive the ruthless blizzards of the wilderness.

In these three tales inspired by the Miramonde Series, you'll meet:

CARLO: An Aragónese boy is born into great wealth and power. What if he doesn't want it?

BEATRICE: A young nun takes the helm of an ancient Pyrenees mountain abbey—but can she revive it before winter strikes?

ELENA: A healer and midwife invites a friend to help her gather plants in a remote mountain meadow. Ambushed by hunters from a baron's castle, she makes a terrifying choice in order to keep her friend alive...

The Miramonde Series stories will transport you to a forgotten world, five hundred years in the past.

Inhabited by beloved characters from Amy Maroney's Amazon bestselling book The Girl from Oto (book 1, the Miramonde Series), these tales are packed with history, intrigue, and adventure.

Praise for The Girl from Oto:

"I loved the lush descriptions and the hard-nosed female characters who find a way to get what they want in a man's world. An exquisite novel."

"An absorbing debut novel. I couldn't put it down."

"From the opening sentence, I was utterly enchanted. Maroney has painted a dazzling portrait of two very different times in history -- the 15th Century and modern day. It was as if I was peering through a looking glass -- a magical portal through time. The Girl from Oto is not only luxuriantly detailed, but the story itself is addictive to the extreme. It has enough heroes and villains to keep the reader engaged throughout. The pages practically turned themselves."

"A powerful story and an intriguing mystery. A Red Ribbon winner and highly recommended."