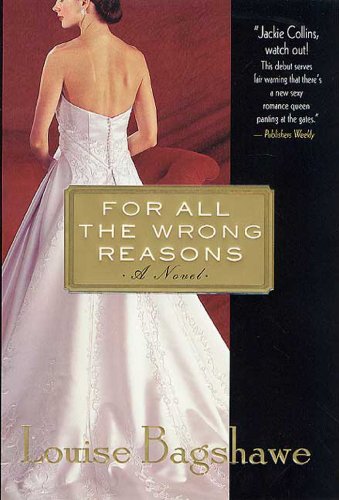 For All the Wrong Reasons

Diana Foxton is the Toast of New York. She's rich, British and beautiful, with a designer wardrobe to die for. Recently married to the head of a publishing empire, she fills her days with shopping, gossiping, and hosting the hottest parties in town.

But when she discovers her husband is having an affair, her glamorous bubble bursts. She suddenly finds herself without any money or job skills, shunned by the glittering society she once ruled. On her own for the first time, she takes the only job she can get, exchanges her Manolo Blahniks for Payless, and tries to settle into the life of a woman who does her own laundry, buys her own groceries, and takes the bus. Along the way, she discovers that her handsome new boss might be interested in more than her pretty face, and that she just might make it on her own.