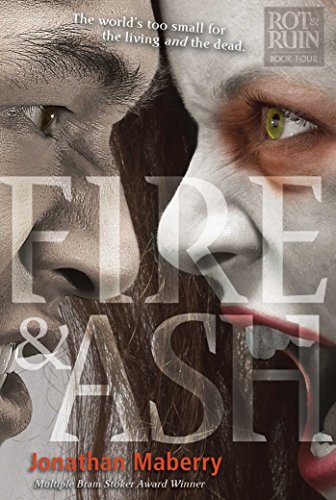 In the gripping conclusion to the action-packed “standard bearer” (Booklist) of zombie series, the threat of death is given new life.

Benny Imura and his friends have found the jet and Sanctuary—but neither is what they expected. Instead of a refuge, Sanctuary is a hospice, and the soldiers who flew the plane seem to be little more than bureaucrats who have given up hope for civilization's future. With Chong hovering between life and death, clinging to his humanity by a thread, Benny makes a startling discovery: A scientist may have discovered a cure for the zombie plague. Desperate to save Chong, Benny and his friends mount a search and rescue mission. But they're not the only ones on the hunt. The reapers are after the cure too, and they want to use it turn all the zombies into superfast shock troops—and wipe humanity off the face of the earth.

In this riveting conclusion to the Rot & Ruin series, the battle to end all battles is just beginning.

BENNY IMURA SAT IN THE dark and spoke with monsters.

It had become the pattern of his life. Shadows and blood. And monsters.