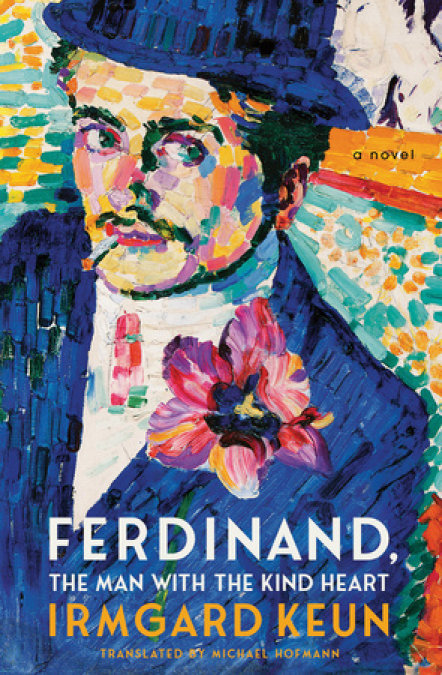 The last novel from the acclaimed author of The Artificial Silk Girl, this 1950 classic paints a delightfully shrewd portrait of postwar German society.

Upon his release from a prisoner-of-war camp, Ferdinand Timpe returns somewhat uneasily to civilian life in Cologne. Having survived against the odds, he is now faced with a very different sort of dilemma: How to get rid of his fiancée? Although he certainly doesn’t love the mild-mannered Luise, Ferdinand is too considerate to break off the engagement himself, so he sets about finding her a suitable replacement husband—no easy task given Luise’s high standards and those of her father, formerly a proud middle-ranking Nazi official.

Featuring a lively cast of characters—from Ferdinand’s unscrupulous landlady with her black-market schemes to his beguiling cousin Johanna and the many loves of her life—Ferdinand captures a distinct moment in Germany’s history, when its people were coming to terms with World War II and searching for a way forward. In Irmgard Keun’s effervescent prose, the story feels remarkably modern.

I have an article to write