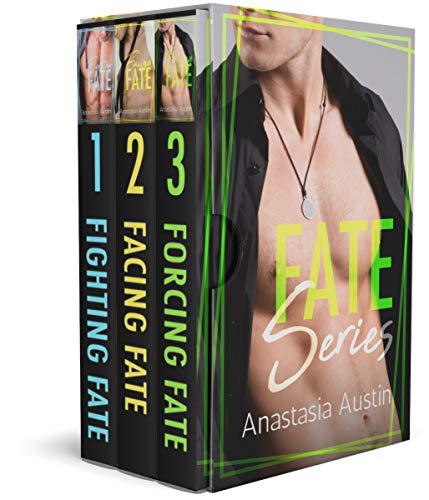 Super steamy stand-alones. No cheating. Swoon-worthy heroes and headstrong heroines. Everyone gets a HEA!

FIGHTING FATE - A CINDERELLA STYLE ROMANCE
There's instant heat between Isaac and Katie when they meet at his frat party. Too bad for Isaac, Katie's only looking for a one-night-stand while he's looking for forever.

FACING FATE - A ROOMMATES TO LOVERS ROMANCE
Jake's unlucky in love and everything else when he loses his internship and has no place to live after graduation. Thanks to Amber offering to be his wingman and his roommate for the summer, he'll have a chance to turn his luck around.

FORCING FATE - AN ENEMIES TO LOVERS ROMANCE
Cece hates Evan. Another man who cares more about her dad's business than her.

Evan doesn't want anything to do with his family's business, let alone Cece's. He'll be damned if he's going to let her seduce him into a marriage that will force him to give up his future.