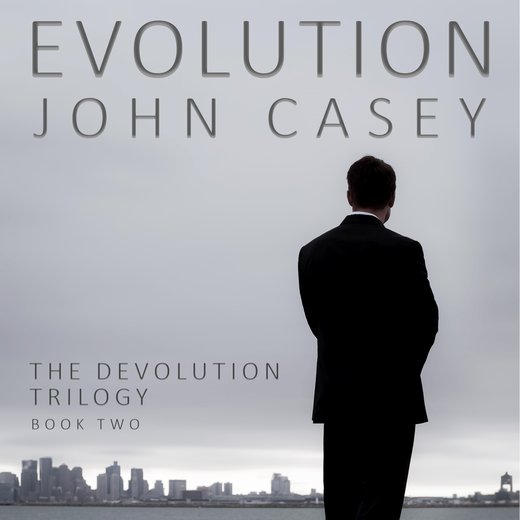 Two years have passed since the dramatic conclusion of Operation EXCISE. Michael Dolan has moved home to Boston to mend when once again, the Agency comes knocking. Terrorists have launched a bioweapon in the Middle East, thousands are dying of a horrifying virus with no cure, and Dolan is the key to preventing more attacks. Only this time, everything will be done on his terms....

Fans of Robert Ludlum's The Bourne Identity will appreciate the internecine struggle and cryptic complexity of the series' protagonist, Michael Dolan, as will fans of Tom Clancy's Patriot Games who savor page-turners about an unlikely spy thrust into adversity, only to emerge the strongest and most capable of them all.

“John Casey has accomplished the nearly impossible—to follow up his singular, thrilling, and insightful debut novel with an even more impressive sequel. Evolution’s main protagonist, Michael Dolan, is one of the deepest characters I’ve seen in this type of fiction. As someone who knows more than a little bit about the clandestine world, I found Evolution to be a crisp, hard-hitting and realistic yarn that will leave you wanting more.” —U.S. AMBASSADOR LUIS MORENO assisted in the pursuit of Pablo Escobar and led implementation of Plan Colombia

"Keeps readers tense and wondering...just as, or even more gripping than its prequel...a riveting story that deserves top billing in any thriller or espionage fiction collection." —The MIDWEST BOOK REVIEW

"Evolution is a complex and multifaceted, chilling story of bioterrorism headlined by a remarkable and courageous protagonist! Five stars." —READERS' FAVORITE

EVOLUTION is book 2 in the Devolution Trilogy, a psychological spy thriller series brilliantly narrated by Tom Campbell. DEVOLUTION and REVELATION are Books 1 and 3.