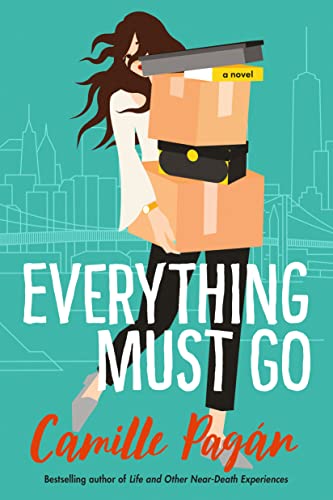 A warm, wry novel about secrets, second chances, and the unbreakable bonds between mothers, daughters, and sisters by the #1 Amazon Charts bestselling author of Life and Other Near-Death Experiences.

Laine Francis believes there’s a place for everything—and New York, where her family lives, isn’t her place. But no sooner does the professional organizer’s marriage begin to unravel than her sisters drop another bomb on her: their mother, Sally, may have dementia, and they need Laine to come home.

Laine agrees to briefly return to Brooklyn. After all, bringing order to chaos is what she does best. To Laine’s relief, Sally seems no more absentminded than usual. So Laine vows to help her mother maintain her independence, then hightail it back to Michigan.

Except Laine’s plans go awry when she runs into her former best friend, Ben, and realizes she finally has a chance to repair their fractured relationship. Then she discovers that memory loss isn’t the only thing Sally’s been hiding, forcing Laine to decide whether to reveal a devastating truth to her sisters—and whether to follow her heart when it means breaking her mother’s.