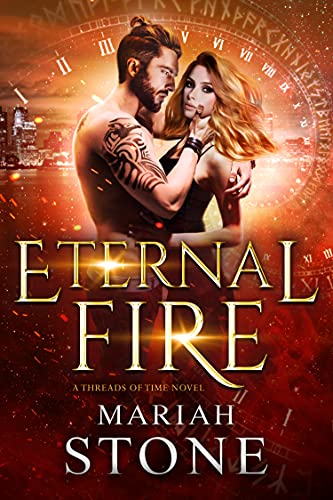 He's a Viking trying to go back in time to save his family. She's a police officer bent on seeing him in prison. Can the fire of passion transform these enemies to lovers?

Billionaire Channing Hakonson has a secret. The mysterious owner of the Port of Boston was born in the ninth century, raised as a Viking, and thrown into the modern-day world against his will. Using his wealth, Channing is developing a machine to return to the Viking Age and save his family. And he's close to succeeding. Until a big drug bust in his port brings the police to his door.

If detective Ella O'Connor screws up one more time, she'll get fired and her family will be out on the street. The only way to keep her job? Bust Channing for drug trafficking. She knows sleeping with a suspect breaks every rule. But the tattooed billionaire is so tempting it should be a crime. And it's not long before she surrenders to the addictive desire between them.

With the world crumbling around them, Channing must fight hungry mobs, the mafia, and the police to achieve his mission. But his toughest battle may be choosing between the woman he loves and the mission that fuels his destiny.

"OMG! I really want the next book right now."

This is the first part or a trilogy with an epic cliffhanger and not a standalone.