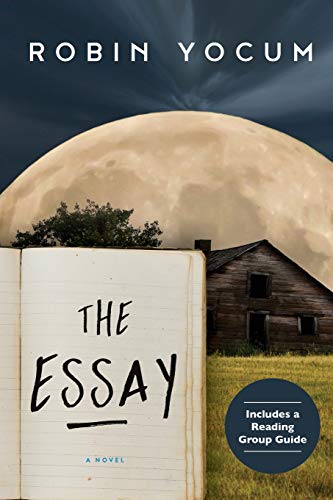 "Like Annie Proulx, Richard Russo, and Richard Ford, Robin Yocum knows how to stake out a claim to a very particular part of America and make it uniquely his own…. A book that young adults and veteran readers alike are going to love."--Howard Frank Mosher Jimmy Lee Hickam, with the help of some and to the consternation of others, fights to create a new destiny and future for himself. Jimmy Lee grew up in the poorest part of Appalachian Ohio with a family history of trouble. His family has been in the same Appalachian hills for generations, and they included moonshiners, drunkards, and thieves. Jimmy Lee is convinced that he will be the same until a coach and a teacher take a chance on him. Jimmy Lee’s ability to play football, and a coach who believed in him, kept him in school his junior year. Jimmy Lee’s English teacher takes a chance on him and saves his eligibility for the upcoming football season. That faith results in a fabulous essay that few believe Jimmy Lee wrote. This is a story of finding a door outside of one’s current situation and a way to transcend the times and judgments of others. It is a celebration of students who surprise themselves and the adults who believe in them.