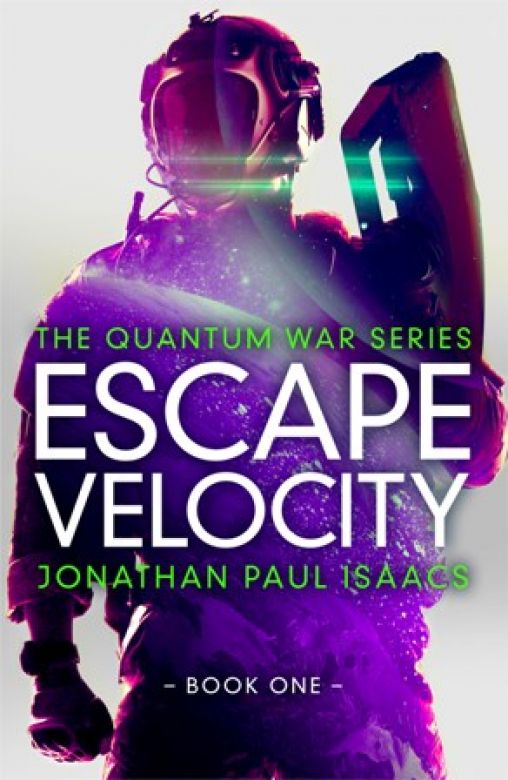 A remote colony.A mysterious threat.One man is all that stands between destruction and salvation.In 2271, space is anything but empty. Exoplanet settlements drive a constant demand for new colonists and unending trade. But the dangers of interstellar expansion are many.With responsibility for everything from pirates to broken spacecraft, Lieutenant Wyatt Wills doesn't understand his latest orders: perform a covert reconnaissance mission to Juliet, home to twenty million people and humanity's largest presence beyond Earth.All contact has been lost from the other side of the quantum gate. And what few rumors make it through smack of government conspiracies and an uncontrolled pandemic. Some even mention an alien invasion.It will be up to Wyatt and a hastily-assembled team of replacements to go to Juliet and uncover the truth.Once there, they may not make it back alive.

“We’re losing number two,” the pilot said over the comm.

RESIT First Lieutenant Wyatt Wills sat on his command chair next to the flight deck hatch, facing aft toward the trooper bay.  He saw Laramie looking back at him.  His squad sergeant’s blonde hair lay matted against her face, sweaty and damp.  A severe expression conveyed this wasn’t the way she’d hoped the mission would end.

Their Javelin had been shot, and one of its four engines had already failed.  It wouldn’t fly if they lost another.

Everything took on an unreal quality as the squad prepared for a hard landing.  Wyatt tightened his safety harness while the interior lights flashed the blue-red warning of an unbreathable atmosphere outside.  Troopers cradled their weapons tightly with both arms.  Somewhere in his peripheral vision, Wyatt caught a glimpse of the telemetry readings on his tactical display by his chair.  The altitude and airspeed readings were both getting smaller.

“Brace for impact!” the copilot yelled down the troop compartment.

Wyatt wished he had a window.  As far as planets went, Tiamat was bleak and harsh, but watching the rocky landscape rush up at them would have been better than staring at a motionless interior.

The crew chief across the aisle waved to get Wyatt’s attention.  “Lieutenant!”  He made a yanking motion near his chin.

Wyatt realized with a start that he still hadn’t donned his own CORE helmet, the combat rebreather that RESIT relied on in so many situations.  He dipped forward and pushed his head into the sweaty padding.  His vision went momentarily dark as the built-in cameras recalibrated.

A shrill whistle invaded the interior.  The remaining engines struggled to keep the Javelin airborne in a losing battle of breaking seals and over-pressured lines …

A profound silence engulfed Wyatt.  His body swirled.  He felt disoriented, like a swimmer who had just plunged into deep water and lost track of which way was up.  A random summer entered his mind and he was daring his fiancé Sara to jump with him from the top of a tall cliff into the lake below.  It had taken them an hour to hike up to the top.  She pleaded with him not to be so reckless.  But Wyatt couldn’t resist, and ended up doing a backflip off the edge for good measure.  The chilly water thundered around his body with a muffled whump.

Now he gradually became aware of a faint tickling from the surface, a distant noise at the edge of his hearing.  He searched for it, looking up, scanning the darkness, hunting down the location of something barely discernable.  He couldn’t find it, yet it was somehow becoming closer, louder, more urgent.  His heart beat in alarm as he tried kicking toward the surface.  He was too deep and his lungs hurt.  An inadvertent attempt to inhale raked his insides with an acrid sting, making him convulse.  Sparks stabbed at him from the darkness.  Alarm.  Alarm, alarm, the alarm …

The master alarm blared in angry tones.  They had crashed.

Wyatt lay flat on his stomach.  He turned his head and could just make out portions of a mangled body inside what used to be the flight deck.  He tried to rise, but as soon as he drew a breath, his lungs screamed in pain as if he had just snorted a beaker of acid.  He realized his helmet was gone.  It must have flown off in the impact.

Wyatt’s training took over and he forced himself to remain calm.  Oxygen was the elixir of life, but at the concentrations found in Tiamat’s atmosphere, it became a corrosive poison that would eat him from the inside out.  He pushed up on his elbows and cupped his hands in front of his mouth.  Multiple quick exhalations helped build a small buffer of carbon dioxide to dilute the next breath.  A few repetitions helped him feel clear-headed enough to move.

But that too proved to be a mistake.  He shifted his weight and a wave of pain crushed the breath out of him.

Wyatt turned to see a bulkhead had torn from the fuselage and now lay crumpled across his lower body.  Blood soaked his pant leg with the vibrant red of superoxygenation.

He wondered how he could have been thrown from his seat down to the deck, especially with his safety harness so tight.  But now was not the time.  He tried to free himself from the metal but couldn’t even twist around enough to reach it.

Wyatt let his forehead drop back against the deck and he breathed a few more handfuls of cupped air.  His lip twitched, indicating the first signs of oxygen poisoning.  He fought to stay calm.  The dizziness started to return, but a moment later Wyatt realized that maybe it was just his head tilting back as gloved hands slid an emergency mask over his face.

“Laramie?”  His breath fogged up the mask, blinding him.

He could barely make out the silhouette of a figure squatting down next to him.  “I’m pinned,” he managed.

Laramie patted down his body until her hands were at his knee.  One pull was all it took to make Wyatt spit up in pain.

“Clean out your mask.  Here—” She lifted up the bottom edge and wiped out the vomit.

She hesitated.  “Five dead.  We crashed hard, port side first.  Everyone sitting on that side is gone.  Except you.”

Wyatt closed his eyes.  He’d already glimpsed the carnage on the flight deck and was hoping he just had a bad angle.  But deep inside he knew that Laramie was right.

A little voice whispered in his ear.  You’re the one who designed the mission.  This is all on you.

“Hal, Carlos, Gavin, you, and me.  The crew chief’s alive, but he ain’t walking anywhere.”

“Staff Sergeant!” someone called from further away.  “You on the comm?  Fury One says hostiles inbound on foot.”

Laramie turned her head.  “How many and where?”

“Twenty-plus.  The south ridge, one klick out.  I think they want payback for their generators.”

“No.  We need to … the …”  His lungs caught fire and he couldn’t get the words out.  They would defend the wreckage, use it as cover.  Some of it might be salvageable.  Some of his troopers might still be alive.

Laramie apparently knew where he was going.  “Wyatt, the Oscars took us down with anti-air.  They’ll have more.  We can’t stay in the Javelin.  They’ll blow it to pieces and roast us inside.”

“No …”  Wyatt broke down into more coughing.

Two hulking shapes appeared.  Wyatt watched through the haze as the troopers tried to shift the collapsed bulkhead.  It didn’t move, but judging from the pain he felt, they might as well have sharpened the edges and jumped up and down on it.

The troopers squatted on either side and found new handholds.  Gavin was two meters tall, and his hulking bare arms flexed under the tension.  Hal wedged in across from him.  Laramie grew up in the heavy gravity of Juliet and had plenty of muscle too, even if she wasn’t as big as the men.  They heaved again, and Wyatt joined them in grunting as his backside exploded in agony.

“Staff Sergeant,” Carlos called.  “Oscars half a klick away.”

Wyatt clutched Laramie’s arm and focused on getting his words right.  “Take the others.  Leave me here.  I’ll … scuttle …”

Laramie grabbed what was left of his tattered safety harness hanging from the hull.  She drew her Ka-Bar and began to cut a length of orange strap free.  “Gavin, get the chief.  You’re carrying him.  Carlos, you’re point.”

She looped the strap around Wyatt’s pinned leg.  Wyatt grunted as Laramie cinched it tight, just above the knee.

“I have the chief,” Gavin said.

Laramie stood with the harness strap taut in her hand.  She was distracted, fumbling around with something.  Wyatt waved his hand to get her attention.  If three troopers in top-notch condition couldn’t deadlift the wreckage free, he didn’t see how winching his leg out with a strap was going to work.

“Save yourselves,” he said.  “Leave me behind.”

She turned around and leveled her L-4 Vector rifle at him.  “I’d rather have some of you than none of you.”

And that’s when Staff Sergeant Laramie McCoy blew his leg off.