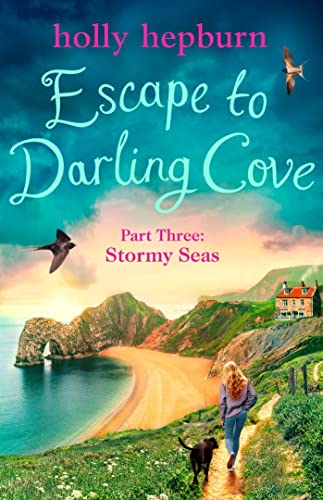 **PART THREE in the brand new series from Holly Hepburn, perfect for fans of Cathy Bramley and Katie Fforde**

Eve has always lived on Ennisfarne, an idealic island just off the coast of Northumberland and only accessible when tides are low. There she runs a bar on Darling Cove, named after her ancestors who settled there many year ago.

Logan is a famous photographer desperate to get away from the bad press after a difficult break-up. Renting a cabin from Eve, he chooses Darling Cove for it’s beautiful views and the hope of anonymity.

The pair don’t get off to the best start, butting heads over Eve’s adorable but boisterous Chocolate lab. But when Logan's famous identity is revealed, Eve can’t resist the urge to help him.

The brand new novella series from Holly Hepburn, author of Coming Home to Brightwater Bay. Parts one to four in the new series are available to pre-order now.