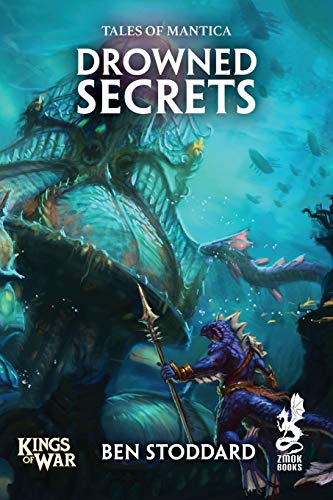 From the depths of the Trident Realms, treachery and war impact the lands of Mantica After a bitter betrayal a young naiad, Ashal, and  her  bodyguard, are exiled from their home in the watery depths of the Trident Realm. Swearing revenge against those who have wronged her, Ashal begins her quest to seek out and destroy the people responsible for her sorrow. Her journey takes her to the remote Abbey of Danos on the outskirts of the human empire of Basilea where the first on her list has taken up residency. Waiting there will force her to face some uncomfortable truths about herself and the world in which she lives as well as open her eyes to a greater darkness than she had imagined could exist, especially within herself. There are others who seek the same vengeance as her, but should she trust them? Or will her single-minded goal of vengeance blind her to the dangers that await for her at the edge of the Abkhazla Mountains?