In the tradition of Jonathan Tropper and Tom Perrotta comes Matthew Norman's Domestic Violets—a darkly comic family drama about one man’s improbable trials of love, loss, and ambition; of attraction, impotence, and infidelity; and of mid-life malaise, poorly-planned revenge, and the Pulitzer Prize for Fiction.

Tom Violet always thought that by the time he turned 35, he’d have everything going for him. Fame. Fortune. A beautiful wife. A satisfying career as a successful novelist. A happy dog to greet him at the end of the day.

The reality, though, is far different. He’s got a wife, but their problems are bigger than he can even imagine. And he’s written a novel, but the manuscript he’s slaved over for years is currently hidden in his desk drawer while his father, an actual famous writer, just won the Pulitzer Prize for Fiction. His career, such that it is, involves mind-numbing corporate buzzwords, his pretentious archnemesis Gregory, and a hopeless, completely inappropriate crush on his favorite coworker. Oh... and his dog, according to the vet, is suffering from acute anxiety.

Tom’s life is crushing his soul, but he’s decided to do something about it. (Really.) Domestic Violets is the brilliant and beguiling story of a man finally taking control of his own happiness - even if it means making a complete idiot of himself along the way. 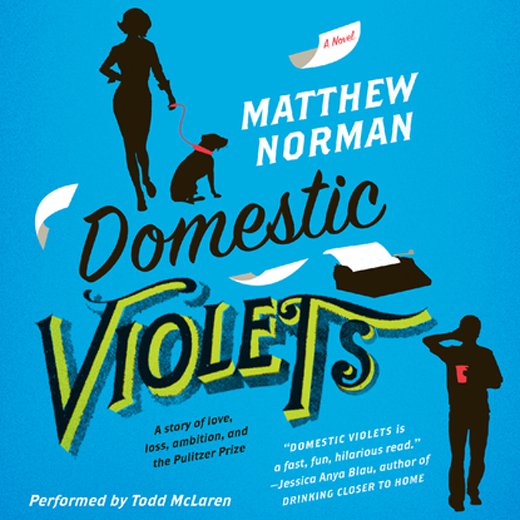