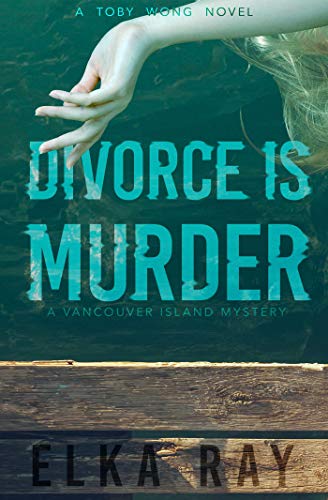 Toby Wong visits her quiet hometown in British Columbia, where nothing ever happens--until her old high school rival is found murdered. Shortly after returning to her sleepy hometown on Vancouver Island, Chinese-Canadian divorce lawyer Toby Wong runs into Josh Barton, who broke her heart as a teen at summer camp. Now a wealthy entrepreneur, Josh wants to divorce Tonya, the mean girl who made Toby's life hell all those years ago. Not long after Toby takes Josh's case, Tonya is found murdered. Josh is the prime suspect. Together with her fortune-teller mom and her pregnant best friend, Toby sets out to clear Josh, whom she still has a guilty crush on. While he seems equally smitten, can Toby trust him? The handsome cop charged with finding Tonya's killer doesn't think so. Since Tonya stayed in touch with everyone from that lousy summer camp, Toby keeps running into ex-campers she'd rather forget. Could one of Tonya's catty friends be her killer? Are Toby's old insecurities making her paranoid? Only too late does she realize that she really is in danger.