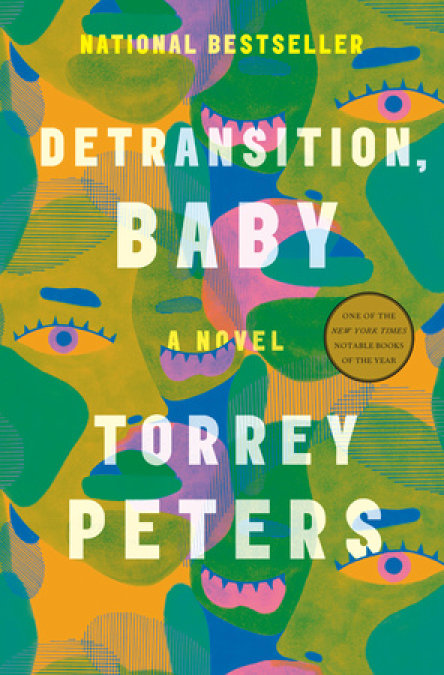 “Reading this novel is like holding a live wire in your hand.”—Vulture

Named one of the Best Books of the Year by more than twenty publications, including The New York Times Book Review, Entertainment Weekly, NPR, Time, Vogue, Esquire, Vulture, and Autostraddle

Reese almost had it all: a loving relationship with Amy, an apartment in New York City, a job she didn't hate. She had scraped together what previous generations of trans women could only dream of: a life of mundane, bourgeois comforts. The only thing missing was a child. But then her girlfriend, Amy, detransitioned and became Ames, and everything fell apart. Now Reese is caught in a self-destructive pattern: avoiding her loneliness by sleeping with married men.

Ames isn't happy either. He thought detransitioning to live as a man would make life easier, but that decision cost him his relationship with Reese—and losing her meant losing his only family. Even though their romance is over, he longs to find a way back to her. When Ames's boss and lover, Katrina, reveals that she's pregnant with his baby—and that she's not sure whether she wants to keep it—Ames wonders if this is the chance he's been waiting for. Could the three of them form some kind of unconventional family—and raise the baby together?

This provocative debut is about what happens at the emotional, messy, vulnerable corners of womanhood that platitudes and good intentions can't reach. Torrey Peters brilliantly and fearlessly navigates the most dangerous taboos around gender, sex, and relationships, gifting us a thrillingly original, witty, and deeply moving novel. 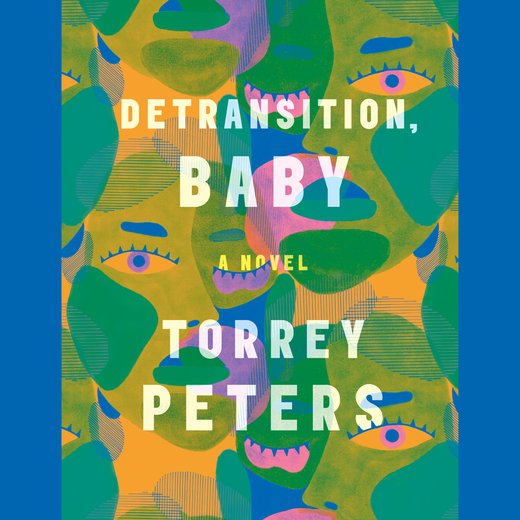 One month after conception

The question, for Reese: Were married men just desperately attractive to her? Or was the pool of men who were available to her as a trans woman only those who had already locked down a cis wife and could now “explore” with her? The easy answer, the one that all her girls advocated, was to call men dogs. But now, here’s Reese—sneaking around with another handsome, charming, motherf***ing cheater. Look at her, wearing a black lace dress and sitting in his parked Beamer, waiting while he goes into a Duane Reade to buy condoms. Then she’s going to let him come over to her apartment, avoid the pointed glare of her roommate, Iris, and have him f*** her right on the trite floral bedspread that the last married dude bought her so that her room would seem a little more girly and naughty when he snuck away from his wife.

Reese had already diagnosed her own problem. She didn’t know how to be alone. She fled from her own company, from her own solitude. Along with telling her how awful her cheating men were, her friends also told her that after two major breakups, she needed time to learn to be herself, by herself. But she couldn’t be alone in any kind of moderate way. Give her a week to herself and she began to isolate, cultivating an ash pile of loneliness that built on itself exponentially, until she was daydreaming about selling everything and drifting away on a boat toward nowhere. To jolt herself back to life, she went on Grindr, or Tinder, or whatever—­and administered ten thousand volts to the heart by chasing the most dramatic tachycardia of an affair she could find. Married men were the best for fleeing loneliness, because married men also didn’t know how to be alone. Married men were experts at being together, at not letting go, no matter what, until death do us part. With the pretense of setting the boundaries of “just an affair,” Reese would swan dive super deep, super hard. By telling herself it would just be a fling, she gave herself permission to fulfill every fetish the guy had ever dreamed of, to unearth his every secret hurt, to debase herself in the most lush, vicious, and unsustainable ways—­then collapse into resentment, sadness, and spite that it had been just a fling, because hadn’t she been brave enough and vulnerable enough to dive super deep, super hard?

She saw herself as attractive, round face and full figure, but she didn’t pretend that she stopped traffic; nor did she frequently note people standing around to admire the harvests of her brain. But with the right kind of man, she bore a genius for drama. She could distill it and flame it like jet fuel when solitude chilled her bones.

Her man this time was similar to her others. A handsome, married alpha-­type who put her on a leash in the bedroom. Only this one was better, because he was an HIV-­positive cowboy-­turned-­lawyer. He had a thing for trans girls and had seroconverted while cheating on his wife with a trans woman, and the wife had stayed with him, and now he was at it again with Reese. Wheeeee!

“Did you bottom or something?” Reese had asked on their first date.

“Cool,” said Reese, who knew that that explanation wasn’t factual, but had only really agreed to make sure he wasn’t going to try to bottom with her. Within the hour, she had him back in her room and confessing from whom he’d gotten HIV and where. Within two hours, Reese convinced him to talk about his wife’s disappointment, how she was unwilling to let him f*** a child into her even though his HIV had declined to undetectable levels. He described how much his wife hated the IVF treatments, how their clinical nature reminded her over and over what he had done to put her on a cold doctor’s table instead of in their warm marital bed.

“You’re getting a lot more candor out of me than I’m used to,” her cowboy said, sounding surprised at himself, even as he squeezed Reese’s tits. “The power of pussy, I guess.”

“You might get my pussy,” she responded, enjoying herself and aping his cowboy drawl, “but a good woman’ll flay your soul.”

“Ain’t that the truth,” he drawled back. He lifted a big paw to the back of her neck and brought her face close to his. She sighed, went limp.

Her eyes glassily held his.

“Tell you what,” he told her, “first I’m going to own your pussy . . .” He paused, and with his hand still on her neck, he slowly, firmly, pushed her face down into a pillow. “Then we’ll see about my soul.”

Now he slides back into the car, with a little brown bag full of lube and condoms, and a tickling of anticipation slides across Reese’s stomach. “Do we really need these tonight?” he asks her, holding up the bag. “You know I’m gonna want to knock you up.”

This was why she still put up with him: He got it. With him, she’d discovered sex that was really and truly dangerous. Cis women, she supposed, rubbed against a frisson of danger every time they had sex. The risk, the thrill, that they might get pregnant—­a single f*** to f*** up (or bless?) their lives. For cis women, Reese imagined, sex was a game played at the precipice of a cliff. But until her cowboy, she hadn’t ever had the pleasure of that particular danger. Only now, with his HIV, had she found an analogue to a cis woman’s life changer. Her cowboy could f*** her and mark her forever. He could f*** her and end her. His cock could obliterate her.

His viral load was undetectable, he said, but she never asked to see any papers. That would kill the sweetness and danger of it. He liked to play close to the edge too, pushing to knock her up, to impregnate her with a viral seed. Make her the mommy, her body host to new life, part of her but not, just as mothers eternal.

“We agreed on condoms always. You said you didn’t want it on your conscience,” she said.

“Yeah, but that was before you started on your birth control.”

She first called her PrEP “birth control” at a Chinese place in Sunset Park where he felt safe that none of his wife’s friends would possibly run into him. It popped into her head as a joke, but he looked at her and said, “F***, I just got so hard.” He signaled for the check, told her that she wouldn’t get to see a movie that night, and drove her right home to put her facedown on her floral bedspread. In the morning, she sexted him one of the sexiest, but most ostensibly non-­sexual, sexts of her life—­a short video of her cramming a couple of her big blue Truvada pills into one of those distinctive pastel birth control day-­of-­the-­month clamshell cases. From then on, her “birth control pills” were part of their sex life.

There was another reason, beyond the stigma, taboo, and eroticization, that their particular brand of bugchasing had bite for Reese: She really did want to be a mom. She wanted it worse than anything. She had spent her whole adulthood with the queers, ingesting their radical relationships and polyamory and gender roles, but somehow, she still never displaced from the pinnacle of womanhood those nice white Wisconsin moms who had populated her childhood. She never lost that secret fervor to grow up into one of them. In motherhood she could imagine herself apart from her loneliness and neediness, because as a mother, she believed, you were never truly alone. No matter that her own and her trans friends’ actual experiences of unconditional parental love always turned out to be awfully conditional.