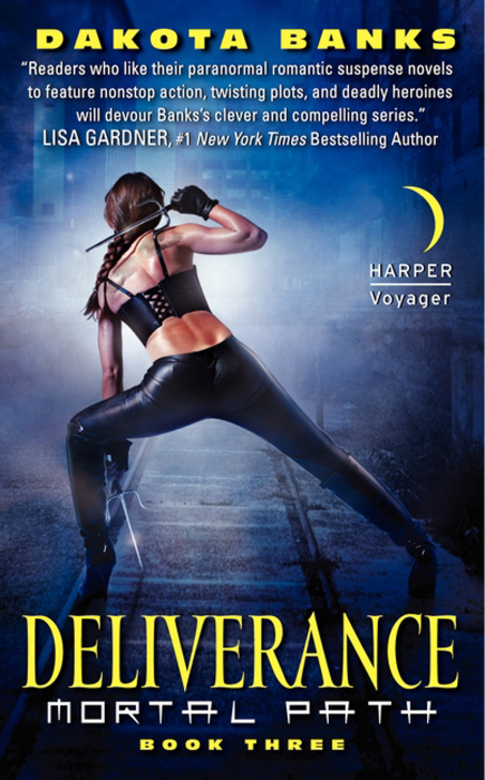 A demon's assassin for centuries, Maliha Crayne has gone rogue, determined to save a life for every one she's destroyed in order to free herself from an eternity of enslavement, damnation, and excruciating torment. But as the powers that sustained her in the past fade, she is wary of trusting those closest to her—especially her lover, Jake. And her closest friends are beginning to disappear, one by one. Amid her anger, suspicion, and sorrow, her life is spiraling out of control.

Worse still, a beautiful Renaissance murderess is recruiting Maliha as her new assassin. Maliha is turning into a lethal puppet with an evil Immortal pulling the strings, forced to kill innocents or see her missing friends die horribly. Suddenly trapped in a moral no-man's-land, Maliha is damned if she does and damned if she doesn't . . . and time is rapidly running out.