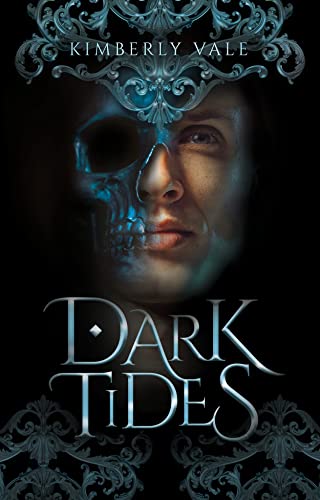 When love is an anchor, the sea can swallow you whole.

Csilla Abado has a full plate after becoming the first Queen of Bones. While leading Cerulia, sending fleets to hunt for Dominic Rove, and recruiting new crews to the cause, she must also find a way to mend the lingering crack between Limbo and the mortal realm. Otherworldly creatures are spilling through, threatening more than just the island kingdom. When Lorelei and Nara go missing, the crew takes sail once again to find them and stop the worst of the villains, Magnus, before he can slip through the crack. As their leader, Csilla takes every decision head-on, but her sister's death weighs on her, and if she doesn't learn to let go, she could end up alone in her fight.

After the events at Crossbones, Kane Blackwater is desperate to find the traitorous Dominic Rove, but when his desperation sends him to Death's Cove, he's met by creatures that should be locked away in Limbo. He returns to Cerulia with this knowledge and an evil, magic-laced wound that’s slowly seeping through his body. When Lorelei suddenly goes missing, he joins the search, but his time is running out and he must decide what's more important to him: her life or his own.

Lorelei Storm isn't the same since her return from the realm of Limbo. A menacing and powerful magic rests under her skin, and she fears it as much as she craves its potential. She tries to keep this secret from her found family, but when she accidentally hurts someone, she finds she can no longer hide her ability. She flees only to be caught, alongside Csilla’s first mate Nara, by an Incendian Scout and taken as prisoner. But Lorelei finds out the scout is also an emberblood, and if she must, she will use her enemy to learn how to control her powerful new magic.

Jaron Thorne was raised to hate and hunt pirates. Becoming his fire god's champion and wielding his obsidian sword has given him even more purpose in ridding the kingdoms of every last pirate. Fighting runs through his veins, but when Magnus's whispers send him to steal away the only living stormblood, he ends up taking an extra captive: an archer whose frosty demeanor intrigues him as much as he hates it. But as he learns more about the world he thought he knew, Jaron must learn to control his inner-flames or risk burning down everything around him, including his chance of finding his lost brother.

As the war between gods and mortals builds to a crescendo, Csilla, Kane, and Lorelei must not only protect their world from destruction, but also their hearts from looming devastation. The seas darken and not everyone will survive the rising tides.