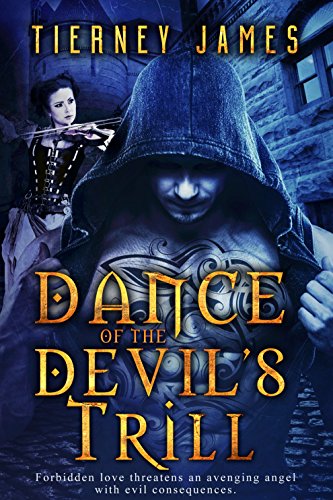 Dance of the Devil's Trill

He’s waited for her for nearly three centuries, but now that she’s here, he must convince her to sacrifice everythin In 1740, the Archangel Rocco fought for soul of the composer Tartini and beat the devil, only to discover that Tartini kept the music the devil had offered in return for his soul. God showed his displeasure by punishing Rocco. He would be forced to live alone, saving the masses from persecution, until that day when a woman with the truest kind of love would accept him both as a heavenly being and as a man. Only if she is willing to sacrifice everything to save him can he walk as a man upon the Earth. She has her hands full trying to save her brother and doesn’t need an avenging angel mucking up the work. In the twenty-first century, taking care of a brother who is homeless and suffering from PTSD after serving in the Marines is no easy task. Catharina Spokane is also trying to start a coffee shop in a luxury hotel and playing her violin for the homeless at a soup kitchen. Then a stranger arrives to heal and protect her brother. When she discovers he is The Watcher, said to be a protector of the unfortunate souls on the street, Catharina finds herself drawn into a conspiracy of greed and a dangerous love, forbidden by God. Does she have what it takes to save him—and herself—or will her indecision and lack of trust doom them both? Scroll Up and Grab Your Copy Today!