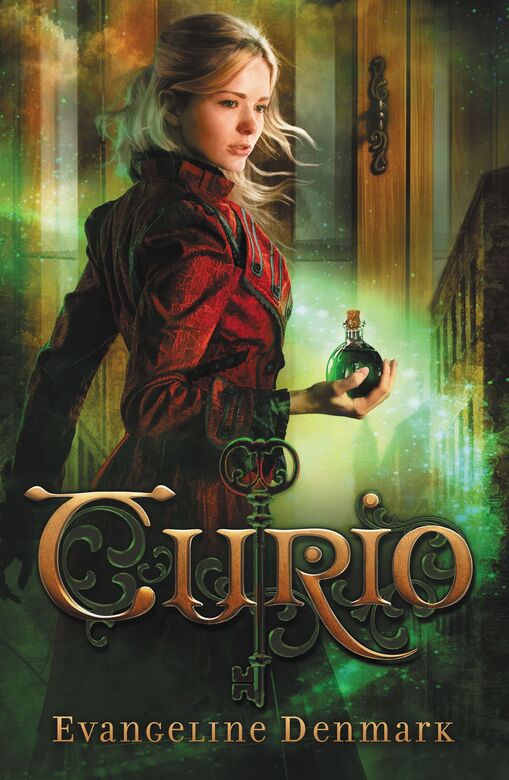 Curio, written by Evangeline Denmark, is the story of Grey Haward’s struggles to keep her friends and family safe from their totalitarian government while she’s at home, and from afar. After her friend Whit is taken by a patrol for breaking curfew, Grey is willing to give him her ration of the potion that allows citizens to digest their food, believing she is like her grandfather and father, who don’t need the potion. After being accused of ration dealing, Grey is on the run and becomes trapped in Curio City with the upper-class "Porcies" and ragged, lower-class clockwork people. She is befriended by another trapped human, Blaise, and they must escape together, or the porcelain Lord Blueboy will try to take her power of being unbreakable by force. Grey needs to return to her own world before her friends and family lose their lives.