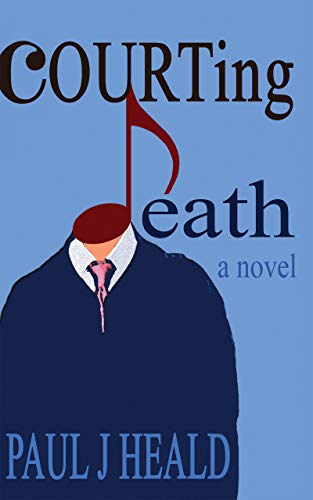 Twenty years before the events in COTTON and RAGGEDYLAND, Melanie Wilkerson and Arthur Hughes land their dream jobs clerking in the chambers of a legendary federal judge. While Melanie neglects her duties as a law clerk to investigate the mysterious death of a young woman in the courthouse five years earlier, Arthur wades through the horrific habeas corpus appeals of two prisoners: an infamous serial killer and a pathetic child murder. Melanie, a Georgia native returning from law school in the Northeast, hopes to establish a legal reputation that will erase the memory of her embarrassing teen-pageant successes. Arthur is a bright but naive Midwesterner who is rapidly seduced by the small Georgia college town of Clarkeston. The cohort of federal court clerks is completed by Phil Jenkins, a former seminarian who tries his best to balance the personalities of his volatile colleagues. Living and working in bucolic Clarkeston comes with a price. In COURTING DEATH, Arthur, Melanie, and Phil are confronted with the extremes of human mortality, both in and outside the legal system in ways that they could never have expected or prepared for.