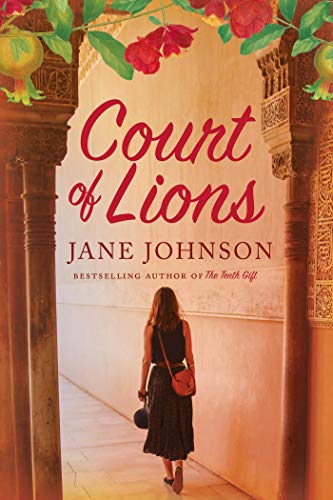 Sometimes at the lowest point in your life, fate will slip you a gift. Exotic adventure and a quest for redemption collide in this stunning new novel from Jane Johnson.

Kate Fordham, escaping terrible personal trauma, has fled to the beautiful sunlit city of Granada, the ancient capital of the Moors in Spain. There she is scraping by with an unfulfilling job in a busy bar. One day, in the glorious gardens of the Alhambra—once home to Sultan Abu Abdullah Mohammed—Kate finds a scrap of paper hidden in one of the ancient walls. Upon it, in strange symbols, has been inscribed a message from another era. The message has lain undiscovered since before the Fall of Granada in 1492, when the city was surrendered to Queen Isabella and King Ferdinand.

Born of love, in a time of danger and desperation, the fragment will be the catalyst that changes Kate’s life forever. An epic saga of romance and redemption, Court of Lions brings one of the great turning-points in human history to life, telling the dual stories of a modern woman and the last Moorish sultan of Granada, as they both move towards their cataclysmic destinies. 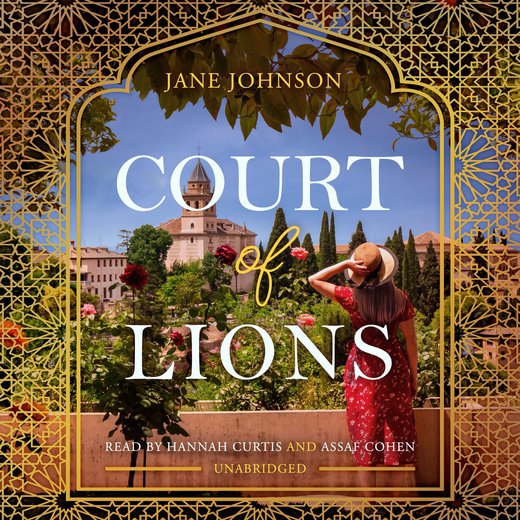