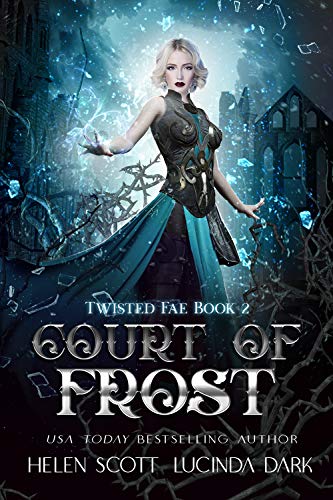 The truth is out. I, Cressida, am not human. I'm a Changeling. The last of my kind—raised among humans, but born of Fae. I thought becoming Fae would make me safe, but as the Court of Crimson is thrown off course and pulled into Alfheim—the legendary realm of the Fae—a new realization has come along with a new danger.

Summoned to the Court of Frost, the princes and I depart on a perilous journey to reach the mother Queens, leaving behind my only friend.

Tensions are heightened—not only from the ever increasing pressure of the war between the humans and Fae—but from an unexpected announcement. I thought finally being proven as a child of the Fae would keep me safe, but the longer I remain in the Court of Frost, the more I wonder if I'm in more danger now than ever before.

Only one person can play the game of Fae politics better than anyone else. If I want to survive—and I definitely do—I'm going to have to rely on the one prince I hate the most—the Prince of Frost.