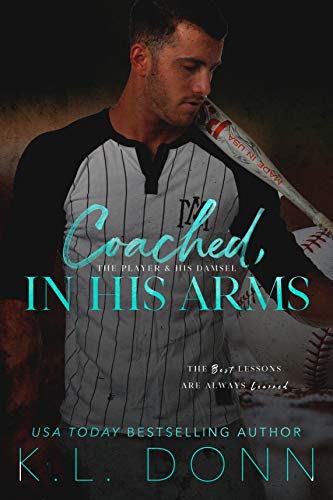 Coached, In His Arms

From USA Today Bestselling Author KL Donn comes an all new standalone In His Arms novella.

Brynlee Willows is over the people in her life. Family, friends, everyone.

Except Hunter, her nephew.

Her father wants her married.

Her sister wants to party, leaving Brynlee to take on the parental role.

And Hunter? He wants to hook her up with his little league coach.

It’s how Logan Dawson wants things to remain after his ex splits, leaving him to be both mom and dad to their son, Carter.

A chance meeting with his son's best friend’s aunt has Logan questioning his single status.

When he finds out Brynlee's father wants her married in less than a year’s time or have a husband chosen for her, Logan steps up.

Looking to put a ring on her finger and a baby in her belly, he’s unprepared for the shocking move her sister makes.

Will the pressure of marriage pull them apart, or will they become closer than ever in the end?