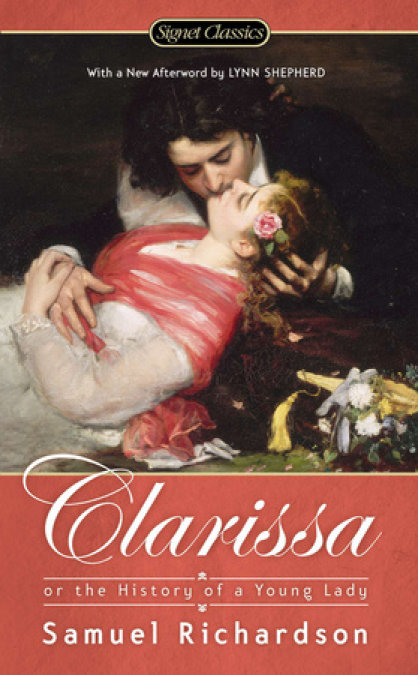 Clarissa: Or the History of a Young Lady

One of the first great British novels, Samuel Richardson’s classic tale became a legend to his own age and remains so today.

Defying her parents’ desire for her to marry a loathsome man for his wealth, the virtuous Clarissa escapes into the dangerous arms of the charming rogue Lovelace, whose intentions are much less than honorable. This thought-provoking work, written entirely in intimate letters, exposes the delicacy and complexity of affairs of the human heart. The fatal attraction between villain and victim builds and unfolds into a relationship that haunts the imagination as fully as that of Romeo and Juliet or Tristan and Isolde.