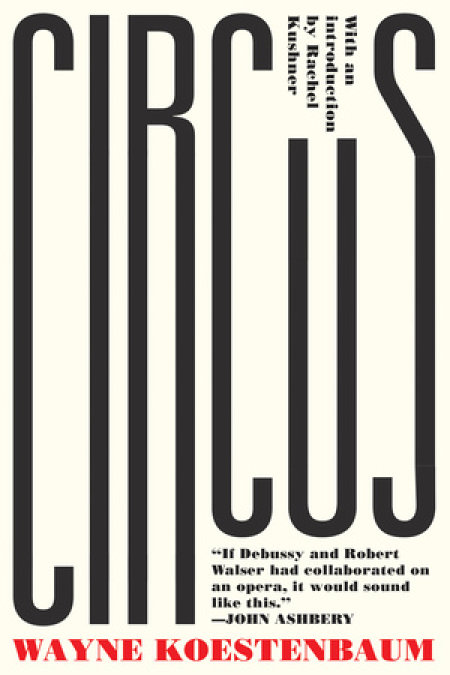 A new edition of a “dazzlingly seductive” fever dream written in “brilliant poetic vernacular” (Bookforum) by a beloved poet and cultural critic, now with an introduction by Rachel Kushner.

For five years, concert pianist Theo Mangrove has been living at his family’s home in East Kill, New York, recovering from a nervous breakdown that derailed his career, and attempting to relieve his relentless polysexual appetite in the company of male hustlers, random strangers, music students, his aunt, and occasionally his wife. As he prepares for a comeback recital in Aigues-Mortes, a walled medieval town in southern France, he becomes obsessed with the idea that the Italian circus star Moira Orfei must join him there to perform alongside him.

Extravagantly (and tragicomically) describing his hallucinatory plans in a series of twenty-five notebooks, he assembles an incantatory meditation on performance, failure, fame, decay, and delusion.

"If Debussy and Robert Walser had collaborated on an opera, it would sound like this. --John Ashbery