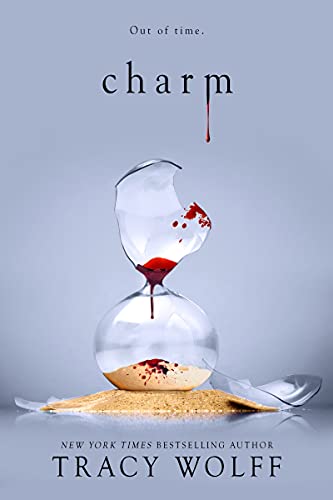 He’s under my skin…

After Katmere, I shouldn’t be surprised by anything. Including the existence of a world beyond my world called the Shadow Realm. Yet here I am, stuck in a strange, dangerous place with the worst of the supernaturals, the monster that other monsters fear: Hudson Vega. He might be Jaxon’s brother and ridiculously hot, but he’s a complete bona fide pain in my ass.

The question is whether we’ll find a way out before I kill him…or run out of time.

It’s a truth universally known—at least according to Grace—that everything is my fault. But I have a nasty suspicion that Grace isn’t as human as she thinks, and she’s the one keeping us trapped. Now we’ll have to work together not only to survive, but to save all those we’ve come to call family who live here.

Because there’s something connecting us. Something stronger than fear…and way more bloody dangerous.

Don’t miss a single book in the series that spawned a phenomenon! The Crave series is best enjoyed in order:
Crave
Crush
Covet
Court
Charm
Cherish

“Are you a toddler?” I ask him, because who else responds to justified outrage like that?

“Is that the best you’ve got?” he says with a raised brow. “Because I was looking forward to a real threat.

“You want a real threat, you overgrown child? How about you lay one more finger on my Pop-Tarts, and I’ll file your fangs down while you sleep?”

Now both brows are up. “Damn, Grace. That’s harsh.” There’s real surprise in his eyes—as well as some amusement—as he continues. “Who hurt you?”

As he waits for my answer, Hudson rubs an absent thumb over the pointiest part of his fang. And looks surprisingly good doing it. So good, in fact, that I take a step back. And snipe, “Don’t worry about who hurt me. Worry about how I’m going to hurt you if you don’t keep your hands off my stuff.”

“Your stuff?” His glance around the room is zero parts remorse and one hundred percent Lord of the Manor. “We’re currently living in my lair.”

“I don’t see why that matters.”

“Sure you do.” His lips twist in that superior smirk that drives me nuts. “My lair, my things.”

“In normal circumstances, I might be tempted to agree. But, as you’ve told me numerous times since we’ve gotten here, we’re not actually in your lair at all. We’re in my head.”

“So…” I shrug like it’s the most obvious thing in the world. “My head, my things.”

“Wow, Grace. I didn’t know you felt that way.” There’s a wicked gleam in his eyes that I don’t trust, but I’ve got no choice now but to brazen through this. Whatever this is.

“You know, that’s a very good point,” he agrees as he follows me across the lair. “Which leaves me with only one more question for you, then.”

I’m getting tired of this cat-and-mouse game. Getting tired, period, if I’m being honest. Trying to stay one step ahead of Hudson is an exhausting job, one I don’t know that I’m up for.

Maybe that’s why I answer, “What’s your question?” without thinking it through.

The wicked gleam has turned into a full-out grin as he leans against the counter and stares down at me from his ridiculous height. “Now that I’m yours, what do you plan to do with me?”

Ugh. I walked right into that one. I start to blush, my cheeks turning red-hot despite my best attempt not to react to the innuendo in his words. This is just one more way he’s trying to get to me—like the music and the Pop-Tarts—but I’m not going to give him the satisfaction.

So, ignoring the blush that is making my whole face feel like it’s on fire, I look Hudson straight in the eye and answer, “I thought I’d already explained this to you. I’m going to file down your fangs.”

He grins. “There’s that mean streak again. I’ve got to admit, it’s growing on me.”

“Yeah, well, I think it’s pretty obvious that I don’t want to grow on you,” I snap back.

“Hey, I’m just calling it like I see it.” He stretches then, and the T-shirt he changed into after his shower rides up just a little bit, showing off a swath of exceptionally ripped abs.

Not that I care what kind of abs he has—ripped or otherwise. It’s just hard to ignore when he’s standing right in front of me.

“There’s no need to be shy, Grace,” he continues, and as he leans back, I swear his shirt shows even more skin. And a tiny little bit of the happy trail that leads into the low waistband of his workout pants. “A woman needs to know how to ask for what she wants.”

I keep my eyes stubbornly on his face. “I know exactly what I want.”

“To get the hell away from you.” Deciding I don’t need to eat tonight, I push past him and walk back to the couch I slept on last night.

He follows me, because of course he does.

As if to prove my point, he sits on the couch and starts to kick his feet up on the coffee table. And that’s it. That’s freaking it.

He looks startled. “No what?”

“Are we back to everything in here being yours?” he asks. “Because if so—”

“You okay?” he asks, brows raised. “Because you’re looking a little flushed—”

“The couch is mine. The bed is yours.” I point to the bed at the end of the room, just in case he pretends to misunderstand me. “In fact, you can have that whole side of the room.”

“Excuse me?” He’s looking a lot less confident and a lot more confused. Good. It’s about time he feels as off balance as I do, about time I find a way to gain back the upper hand.

“You heard me,” I tell him as an idea finally starts forming. “You can have this whole side of the room—the bed, the ax throwing, the stereo, the TV.”

I start looking around for a roll of duct tape and am shocked to find one in my hand. And not just any duct tape—no, this is a limited-edition One Direction roll of duct tape, like the kind my dad bought me when I was a kid. Harry, Louis, Niall, Zayn, and Liam all stare happily back at me as I make my way to the far end of the room.

“And I get everything on this side. Couch, books, kitchen—”

“And the bathroom?” he asks, brows raised as I start laying the duct tape right down the center of the room.

“The bathroom’s the only neutral ground,” I tell him while I roll the tape right past my couch. “Everything else in here belongs to either you or me. And neither of us gets to cross this line.”

I take the line all the way to the wall on the opposite side of the loft and tear it off the roll. When I turn around, it’s to find Hudson resting with a shoulder against the wall, arms crossed over his chest. The wicked look in his eyes is gone, replaced by the empty expression from earlier.

I’m pretty sure that means I got to him.

I’m about to pat myself on the back for finally getting under his skin when the universe hands me another present. He mutters, “All the books are on your side of the room.”

“Why, yes. Yes they are.” I shoot him my best facsimile of an evil grin and head straight toward the bookshelf that holds all his journals. “And I know just what I’m going to read first.”