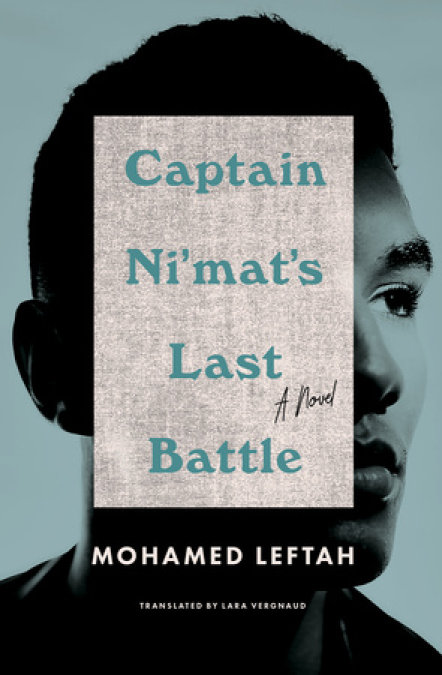 First published after the author’s death in 2008, this provocative novel charts the late-in-life sexual awakening of a retired air force pilot who begins a dangerous affair with a male servant.

Captain Ni’mat, a reservist from the Egyptian army defeated by the Israelis in 1967, finds himself aging and idle, spending his days at a luxurious private club in Cairo with former comrades. One night, Captain Ni’mat has an exquisite, chilling dream: he sees pure beauty in the form of his Nubian valet. Awakened by these searing images, he slips into the hut where the young man sleeps. The vision of his naked body so deeply disturbs Captain Ni’mat that his monotonous existence is suddenly turned upside down.
Unbeknownst to his wife, he comes to know physical love with his valet. In a country where religious fundamentalism grows increasingly prevalent every day, this forbidden passion will lead him to the height of happiness, at least for a time.

Regardless oF the author of that reflection, when the beauty that had revealed itself to Captain Ni’mat in the pool, at dusk, reappeared to him at night, in a dream, it was indisputably the work of Satan. Whom Captain Ni’mat reflexively cursed three times, upon awakening from this dream unable to determine whether it had been a reverie or a nightmare, or a bit of both at the same time.
The afternoon’s young swimmers, easily slicing through the water once practice was over, to then float on its surface like aquatic roses or pond lilies, had appeared to him again in his sleep, but they had undergone a troubling metamorphosis.
Swim trunks clinging to their buttocks, as were the caps on their heads, giving them an ovoid shape, both articles the same bright blue as the horn-rimmed goggles with foggy lenses that masked their eyes, the swimmers resembled celestial creatures fallen from an unknown heaven. But were they merciful creatures or exterminating angels? They all looked alike, seeming clones of the same teenage boy. A teenage boy with a particular androgynous beauty, cold and chilling. Despite their fogged-up goggles, their collective gaze was clearly aimed at Captain Ni’mat, the only bather at the pool, beneath the pergola where he had taken refuge. The sinister caw of a crow slowly whirling above his head intensified the feeling of impotent solitude and oppressive anxiety gripping him. Abruptly, the clones with ovoid heads and impassive faces extended their right arms in one synchronized movement, pointing at him with accusatory index fingers. In the same instant, the sinister crow, after a last spin carried out at dizzying speed and a final, deafening caw, soared into the air and disappeared. But the strangeness persisted, beating its wings silently above the pergola, above the pool. In terror, Captain Ni’mat realized that his feet were refusing to obey him. He was frozen like a statue.