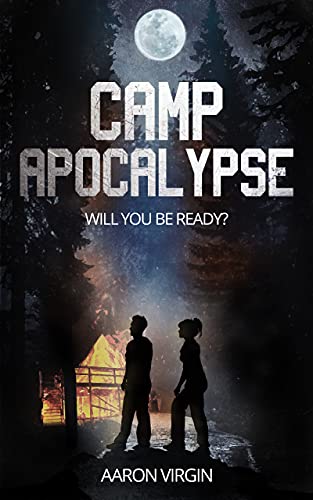 Summer days can be hell.

That's what William Ellis thinks when his parents ruin his summer plans by sending him to Camp Apocalypse, a program designed to teach teenagers how to respond to wide-scale disasters.

As he makes friends, however, he realizes it might be better than he'd expected.

But, there's more to this camp than meets the eye.

Strange things begin happening, and Will can't ignore his curiosity. Why are so many kids going home sick? What's in the mysterious basement? Why are the counselors, camp director, and even his own sister being so secretive?

His curiosity leads him and his friends to a dark place from which nobody can return.

When all hell breaks loose, Will and his friends fight to survive against the onslaught of dangers bombarding them as they race against time, the camp staff, and the terrifying monsters they never thought could exist.

This is Camp Apocalypse.

Join Will in this nail-biting genetically modified zombie thriller and prepare for the end nobody saw coming.