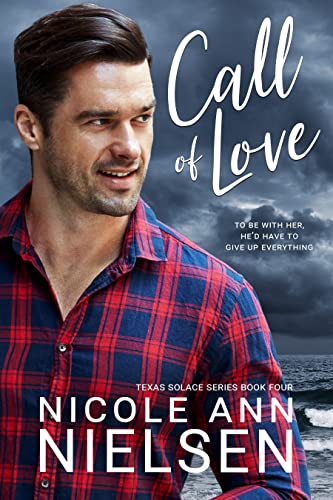 A random hookup ... that’s all their night together should’ve been, yet it turned into so much more.

In a life-altering moment, she went from spare to heir. As future queen of the Andrastian Islands, Marielle takes her role and responsibility seriously. Fate lands her in a small Texas town, and a cowboy with work-worn hands, a cashmere voice, and piercing blue eyes sits beside her in a bar.

After a lifetime of living in the shadow of his twin, Sullivan finally has his life on track, tackling his horse breeding business with renewed vigor and precise plans. While visiting a friend, he sits next to a woman with a ramrod straight back, a delectable ass, and a cascade of chestnut hair.

Their connection is instant, but no matter how they slice and dice the situation they find themselves in, an undeniable fact remains — she will return to her world, and he will remain in his.

Or will they listen to their hearts and answer the call of love?
Read more

Seated toward the end of the bar, Marielle watched the dance floor, the antics of the couples two-stepping around the room entertaining, when a voice from behind caught her attention. It was a perfect pitch between bass and baritone, warm and soothing, wrapping around her like her favorite cashmere shawl. She adjusted her body, leaning a fraction to catch more of it.
“Back home and couldn’t pass without stopping by,” she caught midsentence.
“How are you, my friend?” The genuine concern in those words affected her almost as much as the delicious voice.
“Getting better every day,” someone replied.
With a further shift in her position, she noticed the bartender place a Lone Star long-neck in front of the man seated beside her.
A large hand wrapped around the bottle. It was deeply tanned with a white-ridged scar on the thumb knuckle.
It was the hand of a man used to manual labor.
Wonder what that hand would feel like running over my body?
Would it be smooth? Calloused? Bet it was the latter.
Marielle forced her gaze away and shut down her errant thoughts.
Really, Elle? No bedding the locals, remember?
“Good. And your missus? She still putting up with your ornery ways?” Cashmere asked.
“You’re just jealous my ugly mug found the best woman …”
The barman’s voice faded as he moved to serve another customer, but Cashmere’s chuckle filled the gap. It was as warm and comforting as his voice. It was a sound she’d love to hear again and again.
Desperate to see who the voice belonged to, she lifted her glass and drained the last mouthful of whiskey before fully twisting to face the bar, hoping the mirror would allow her to look without—
Two of the bluest eyes stared at her from beneath the ubiquitous cowboy hat.
Bottles obscured the lower part of his face, but those eyes …
Her heart skipped a beat, setting her pulse racing and her body tingling. Their gazes locked, held, and lust, instant and urgent, rushed through her. Her earlier admonishment flew by the wayside. She’d love to have this cowboy haul her to bed. Imprisoned by his stare, she was unable to break the hold he seemed to have over her.
Seconds, minutes, hours later, his arm reached up, lifting the straw hat in a very gallant greeting. “Evening, ma’am,” he drawled to her reflection.
In her twenty-nine years of living, Marielle had met many men. Attractive men. Famous men. Confident and successful men. Rude, cocky, and abrasive, unpleasant men. Not one of the hundreds she’d met affected her as much as staring into the vivid blue depths of the cowboy beside her.
Thankfully, he couldn’t read minds because her thoughts were downright un-princess-like. Instead, raw, elemental desire heated her blood, making her throw caution to wind. Suddenly, a good shag seemed imperative. Maybe this was what Tess had in mind? Such a clever woman.
He was a stranger with a beautiful voice and mesmerizing eyes. And divine hands. She knew nothing about him. Absolutely nothing. But in that moment, as sure as her name was Marielle Isadora Elizabeth Francesca, she knew meeting this man, this cowboy, was going to change her life.
And she hadn’t even touched him.
Yet.
Touching him was inevitable.