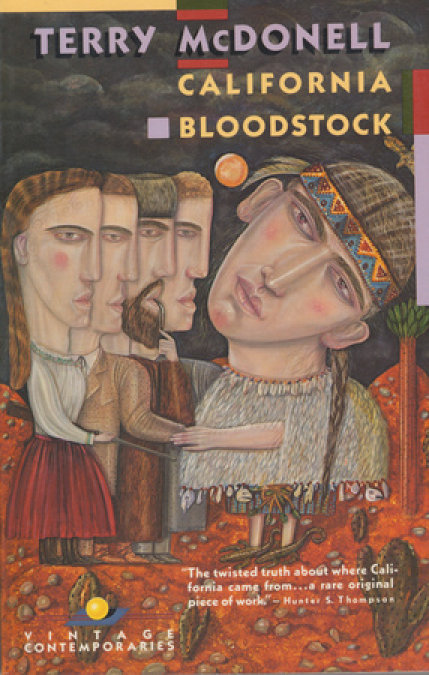 “The twisted truth about where California came from . . . A rare, original piece of work.” —Hunter S. Thompson

California Bloodstock is a novel of exploding imagination, an epic comic saga of nineteenth-century California. A fifteen-year-old heroine seeks revenge and comes of age in the tradition of True Grit. Like a female Huckleberry Finn, her heart reflects the ironies of history—Manifest Destiny, indeed. Gold is discovered in the foothills of the Sierra Nevada, and a rag-tag republic is born out of a free-for-all landscape of blustering and doomed historical players—from John C. Freemont and Brigham Young to the Donner Party. The mythic “Animal People” gobble peyote, while boom-town San Francisco rollicks with the unhinged entrepreneurs selling fairy tale schemes to buckskin drifters and New York publishing scions. Even the legendary swordsman Zoro is here and at large, robbing stagecoaches in the idyllic grasslands that will all too soon become Silicon Valley. Read it and weep—with laughter as the so-called Golden State invents its future.