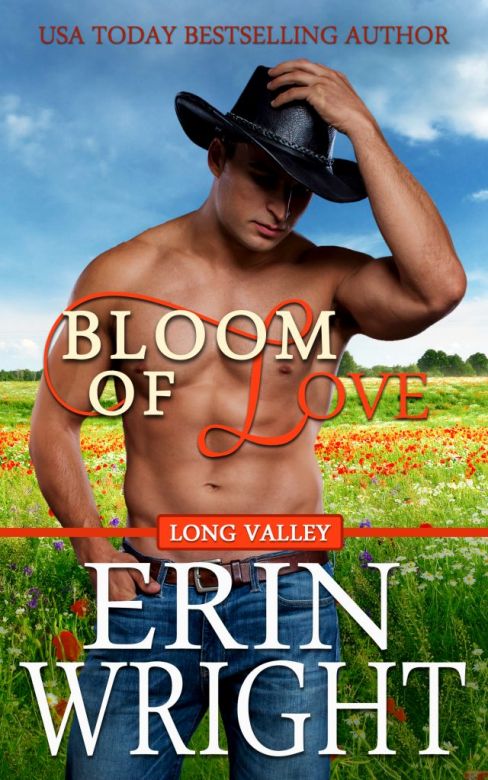 Maybe it’s not too late for her happily ever after…Carla’s always been a romantic. As the owner of the only flower shop in town, she believes in true love and can, of course, quote every line in The Princess Bride.Which wouldn’t be quite so pathetic if she wasn’t thirty-seven and still single. So single, in fact, she’s forgotten what it’s like to have a man give her a single carnation, let alone a dozen roses.Then Christian walks into Happy Petals, and she knows the fragrance of flowers has to have gone straight to her head. It’s inconceivable that the cute Spanish guy she remembers from high school would be interested in her…She’s the girl of his dreams, and way out of his league…Family is important to Christian. Why else would he be living in a company trailer? It’s a sacrifice he has to make so he can afford to send his sister to college. But nearing forty, his own chances of starting a family aren’t lookin’ too hot, especially considering he hasn’t been out on a date in years.So it makes no sense at all he can’t get Carla out of his head. Not only is she gorgeous, she’s college-educated and way too good for a barely educated guy like him.Only, she does seem interested.Maybe, if he hides the truth about just how out of her league he is, he might have a chance…Bloom of Love is the tenth novel in the Long Valley Romance series, although all books in the Long Valley world can be read as standalones. It has some strong language, and oh my, sexy times. Enjoy!

“We have to get El Trono, Mamá,” Nieves Palacios said, the whine in her voice grating on her brother’s nerves. “Everyone at school will make fun of me if we book Café Rubio instead. They’re just a bunch of old men. I told all my friends we’re gonna have El Trono. We can’t change it now.”

Christian Palacios flicked through Instagram mindlessly, his irritation growing by the second with his youngest sister.

It was bad enough that she was spoiled rotten. It was even worse that he had to sit through yet another quinceañera planning meeting.

Yesenia, his second youngest sister and the complete opposite of Nieves in every way, caught his eye and grimaced. She was just as unhappy as he was to be there, but yet, there they were. Him, to be ordered around and told what heavy stuff needed to go where. Her…well, because she was single and still lived at home between semesters at college, so she always got sucked into Nieves’ World.

“I’ll talk to them,” Autumn said calmingly, patting Nieves’ arm. “Maybe they can change their bookings around.”

Autumn, friends with yet another sister – Rosa, this time – had somehow been roped into actually planning this party. How that had happened, Christian wasn’t sure. Maybe she was masochistic and loved nothing more than helping a spoiled brat plan a quinceañera that was more extravagant than most weddings.

“Okay,” Mamá said in her heavily accented English. She very rarely spoke that, instead preferring to stick to her native tongue of Spanish, but with Autumn there, she was doing her best. “We do that. El Trono, just for you. Now, we not talk about flowers yet. Joyful Flowers is good.”

The whole room paused for a moment, everyone scrambling to figure out who or what Joyful Flowers was. Autumn beat them all to the punch. “Oh, you mean Happy Petals?” she asked with a sincere smile at Mamá.

Christian had never had much reason to hang around Autumn up to this point in his life, but her tact and lack of snottiness about his mamá’s English was endearing him to her more by the moment. She was gorgeous, to boot. It was too damn bad she was so young. She had to be, what, 26, 27 years old? Compared to him at 38, she seemed like a child.

And then, the full force of what Autumn said actually hit him and his thumb stopped scrolling and his mouth dropped open. “I’ll go!” he practically shouted. “To go pick up the flowers,” he added.

Every eyeball was pinned on him.

Even Yesenia, who’d also been glued to her phone – no doubt scrolling through Facebook, hoping that the agony of this meeting would actually end someday – was staring at him, mouth agape.

“You guys are busy. With planning the—” he almost said The Party from Hell, which was what he’d been calling it in his mind for weeks now, “the quinceañera. Lots to do and still figure out. Music, and…and stuff. Carla always knows what to do when it comes to flowers, right?”

He felt the sweat beading on his brow. He shouldn’t have been so eager. So obvious. But the chance to see Carla again…

“Are you sure…?” Autumn asked slowly, the skepticism obvious in her voice. She and Nieves exchanged quick glances. “Flowers aren’t really your specialty.”

“Like you said, Carla always knows best.” Actually, it was him who said that, but he didn’t slow down long enough to let them remember that fact. “I’ll just bring the fabric samples down, show them to her, and let her spin her magic.”

“Right…” Autumn said, her dark green eyes narrowed as she stared at him, clearly trying to figure out what his game plan was. “Carla is good, though,” she said begrudgingly. “Just let her know what the budget is and give her these.” She held out a few fluorescent-colored strips of fabric. “Do you have any flower preferences, Nieves?”

His youngest sister shook her head, staring just as hard at him as Autumn was. “I only care about the colors. No pastels.”

“Well,” Autumn said with a forced cheerfulness, “we have the music maybe figured out and the flowers for sure figured out. Let’s talk food.”

Christian pocketed the strips of fabric, trying to hide the ridiculously giddy smile threatening to spread across his face. Yesenia caught his eye and cocked one eyebrow.

He shrugged nonchalantly and began flicking through his Instagram feed again. Yesenia may be his favorite sister, but that didn’t mean he was gonna say a word to her about Carla.

He was gonna see her again.

He only barely kept himself from whistling.