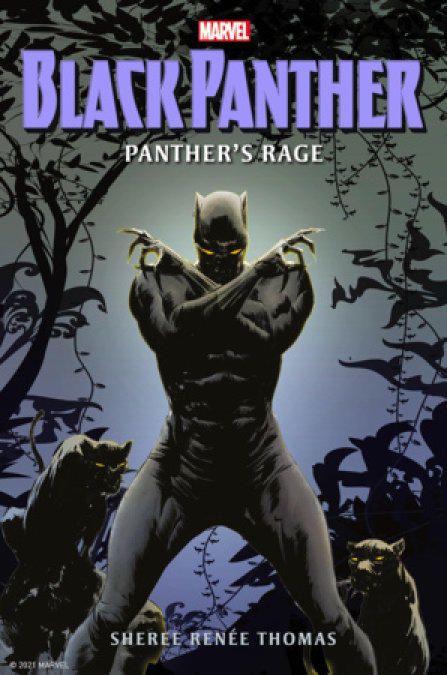 An all-new re-imagining of the legendary Black Panther comics arc, Panther’s Rage, from an award-winning author.

T'Challa, the Black Panther, returns to Wakanda to show Monica Lynne his home. But he finds violence in the streets, discontent brewing in his people, and the name Killmonger following him everywhere he goes. When a revered storyteller—and T'Challa's mentor—is murdered, he uncovers the first threads of a growing rebellion that threatens to engulf his beloved Wakanda.

Wakanda’s high-tech king must travel the savannah, into the deepest jungles and up the snow-topped mountains of his homeland in this prose adaptation of the landmark comics series by Don McGregor, Rich Buckler and Billy Graham. Discover the life and culture of the Wakandans, and see T'Challa channel the strength of his ancient bloodline to take out foes such as Venomm, Malice and the fearsome Erik Killmonger!