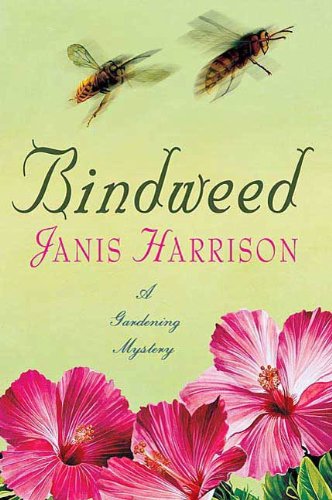 River City, Missouri, florist Bretta Solomon is happy to spend an occasional day off with her helper, Toby, a slow-witted young man whose mother died from a terminal illness, leaving him on his own. Everyone in town, including Bretta, takes extra care to make sure Toby is doing okay.

However, today, before Bretta can relax, she must fulfill another promise: her father's new – and younger – girlfriend wants to redecorate Bretta's home. Bretta is less than thrilled about the task ahead. But the unexpected news that Toby has been killed by a swarm of killer bees deliberately planted in his home puts decorating on the back burner. Determined to find out the truth behind Toby's murder, Bretta is once again in the thick of things in Bindweed, another entry in the Bretta Solomon Gardening series--a charming, delightful cozy mystery series from Janis Harrison.