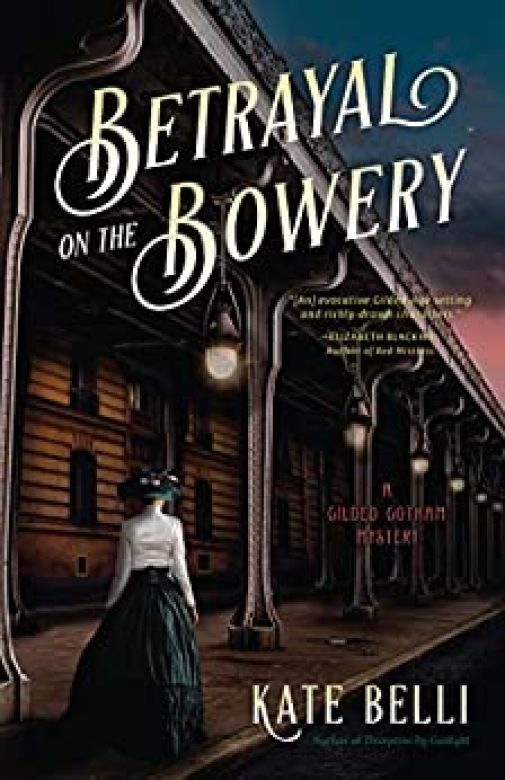 New York City, summer 1889. Society-girl-turned-investigative-journalist Genevieve Stewart and wealthy Daniel McCaffrey have arrived at the docks to see their friends, Rupert and Esmie Milton, off on their honeymoon. But the romantic idyll comes to a screeching halt when a crazed man bursts into their stateroom screaming about demons and drops dead before their eyes.

The dead man is Marcus Dalrymple, who had once asked Esmie to marry him - and inside Marcus's pocket, Daniel finds a medallion that they trace to a Lower East Side bar called Boyle's Suicide Tavern. The medallions are prizes given to anyone who spends the night there without dying. Clearly, a visit to Boyle's could prove hazardous, but it may offer the only clue to Dalrymple's death.

Genevieve and Daniel barely escape the bar with their lives but learn that the crime could have a connection to the recent disappearance of a sugar baron's daughter. Only after another young man plunges to his death from a rooftop bar - also screaming about demons - do the pieces of the puzzle begin to come together. The clues lead Genevieve and Daniel far from the city's moneyed environs to a reputedly haunted mansion deep in the Bronx. There, they will confront the truth - and the demon at its heart. 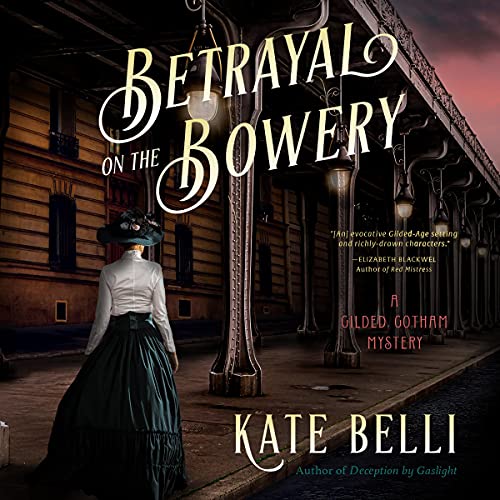 The wedding of Rupert Milton, sixth Earl of Umberland, Viscount of Heath, to Montana-born copper heiress Esmerelda Bradley took place at ten in the morning this past Saturday at Grace Church in Manhattan. This author understands readers are anticipating an exhaustive chronicle detailing the beauty of the bride, the color of the bridesmaids’ dresses, and a precise inventory of lavish gifts.

Regretfully, I am unable to accommodate readers’ expectations.

This is not to say that the bride’s beauty was unremarkable. Quite the opposite. Indeed, Esmerelda Bradley, or “Esmie” as she is known to her intimates, emerged from an elaborately decorated carriage appearing serene and resplendent in beaded ice-blue silk trimmed with Belgian lace. Unfortunately, the bride was unable to present an untroubled countenance for long, as on her short journey to the church’s doors, she was forced to pass through what amounted to a veritable gauntlet of uninvited, gawking spectators, each more determined than the last to shout lewd remarks, either about the bride herself, her intended, or her late mother.

It is this author’s understanding that crowds began to gather in the streets surrounding Grace Church in the dim predawn hours, wanting to position themselves in a good spot to view the arrival of the wedding party. By eight in the morning, their number had swelled to the thousands. Police officers brought in to manage the crowds were completely overwhelmed.

It was no better inside the church. Though police

had been stationed at the front doors to vet the guests, there arose a brisk trade in forged invitations, and many of the uninvited curious simply waved a similar-looking card at the officers and marched in. Unlucky invitees who arrived too close to the start time of ten o’clock were understandably disgruntled to discover completely full pews. Many were forced to stand in the side aisles and gather in the back, including the venerable Mrs. Astor, who affected the sour look of one having swallowed a lemon.

It is public knowledge that Elmira Bradley, the late mother of the bride, was brutally murdered last year. Other so-called journalistic organizations in this city have continually reminded the public of this fact in the weeks leading up to the wedding, stoking a macabre curiosity and intrigue surrounding the event. While such choices are highly unethical and these news outlets ought to be ashamed, the real fault lies squarely at the feet of the general public.

You, my fellow New Yorkers, behaved disgracefully. The noise of the gathered crowd outside was so voluminous, it was difficult inside for the priest to be heard. You disrupted and attempted to ruin what should have been a happy, peaceful moment for a bride and groom who have suffered a terrible time and an insurmountable loss. Upon the newly wedded couple’s departing the church, I was shocked to observe a near frenzy among the onlookers, many of whom tore at the bride’s dress in an effort to gain a souvenir of the event. So dangerous was the situation, and so frightened the bride, the groom was compelled to sweep her into his arms and carry her to their waiting carriage.

Indeed, several well-timed blows from the best man were all, I fear, that kept the couple from becoming overwhelmed and possibly trampled to death on the very steps of the church in which they had just been wed.

I have never witnessed such barbaric actions. I urge each and every one of you present to reflect deeply on your behavior, and to seek forgiveness from your maker. Shame.