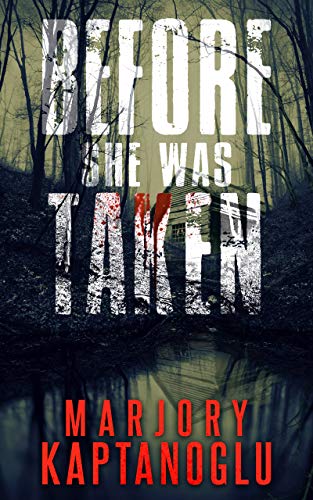 A time-travel tale of abduction and redemption...

What happened to Sadie? This question has plagued 25-year-old Rebecca Danser for 19 years.

Imagine if at the age of six, you had ditched your four-year-old sister in the front yard to go play with your friend in the house… and then you never saw her again.

In the intervening years, now living in Silicon Valley, Rebecca has made a mess of her life. She hates her job, has no career prospects, and has never had a successful relationship unless you count sex with a relative stranger during her time jumps into the past.

“Mystery fans will love this plot device, which takes a straightforward whodunit to an otherworldly level." -The BookLife Prize

But soon she realizes this strange ability she recently gained, allowing her to cast her consciousness back into a younger version of herself, can be used to discover who took Sadie that fateful day.

Marjory Kaptanoglu's "prose is crisp and purposeful, charged with feeling, and always attuned to what will engage readers in each moment." -The BookLife Prize

She must travel back in time to witness the event with her 6-year-old eyes.

What she learns leads her into a remote forest in the Sierra Mountains… where the monster responsible for the destruction of her family lies in wait for her.

Choose Before She Was Taken—book two of the BEFORE Series—to begin your travels into the deepest, darkest recesses of time. 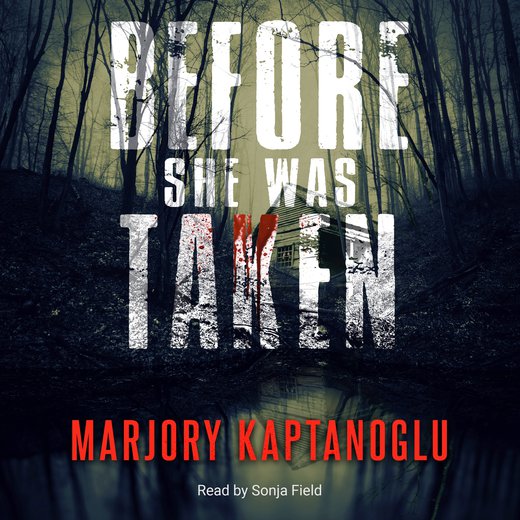 MOONLIGHT SPILLS across the frayed mustard carpet to reach Nicki, splayed on her back atop the rock-hard mattress of her bed. The brightness wakes her as she had intended. At bedtime, Mother had lowered the shades, but Nicki had quietly raised them after she left.

The time is three in the morning. Her hands tingle as she rises and puts on her heavy blue hoodie over her pajamas. She crosses to the chair, trying not to look at the yellowed wallpaper with pictures of little girls in pigtails playing on a slide, on a swing set, in a sandbox, and splashing in a baby pool. However much Nicki grows—she turned sixteen last month—it feels like she’s forever trapped inside the moments of childhood depicted on these four walls.

She picks up Cinderella, a large stuffed bear with one eye missing, and reaches under her skirt through the hole she slashed into her long ago. With the stuffing removed, the space serves as a hiding place for any cash she manages to steal, and for the treats she saves for Sadie. Nicki removes half of a Hershey’s chocolate bar and pockets it before putting on her sneakers and tiptoeing to the door.

With practiced caution, she turns the knob, slips through the narrow opening, and silently closes the door behind her. She pauses to listen to Uncle’s gruntlike snores from the room next to hers. It gives her some courage to confirm he’s asleep. Unfortunately, she can’t be certain about Mother, in the bedroom across the hall, who never makes a sound that can be heard outside her room.

Nicki proceeds to the stairs and descends them with delicate steps, careful to avoid the parts that creak the loudest. She’s almost at the bottom and ready to congratulate herself, when the wood groans under her foot. Freezing in place, she listens for sounds of stirring.

After a minute passes without anyone coming, she decides it’s safe to continue. Thankfully, the hall and kitchen have linoleum floors that allow her to cross quietly. The drawer, on the other hand, sticks to its frame and makes a horrible noise if she’s not careful. She must open it for the flashlight, though, and she manages well enough. She’ll worry about closing it later.

She takes a water bottle from the box by the counter before snatching the key to the shed from behind one of the shelves. Some time ago, she discovered where Uncle kept it by spying on him from inside the pantry.

Her last hurdle is the back door, so tight in its frame it has to be yanked open. It makes some noise and even rattles the house a bit, but it’s too late to turn

back now. She escapes outside and down the steps, where she pauses for a gulp of the brisk air scented with pine. A shiver skips down her spine at the sight of the moonlit trees, lurking around the edge of the property like rows of tall, spindly jailers.

She dashes across the carpet of pine needles to get to the shed, and lets herself in with the key, closing the door after her. Switching on the flashlight, she’s careful not to aim it at the bed since no one likes to be woken with bright light in their eyes.

Four-year-old Sadie is curled under the blanket looking up at her. Her hair is matted and there’s a dark smudge on her left cheek. She sucks on the tip of her thumb, with a filthy, threadbare rabbit missing most of its stuffing clutched under her arm.

Nicki sits on the mattress beside her and touches her hair. “Hey there,” she whispers.

“I brought you a treat.” Nicki takes out the chocolate bar.

Sadie sits up and leans against the wall. “Thank you.”

“Should we have a tea party?”

Nicki arranges the rabbit and a stuffed dog with a monocle on either side of them. Recovering four plastic teacups piled in the corner, she sets them in front of everyone and pours a bit of water into the cups. “Sugar?”

Nicki drops imaginary sugar cubes into her cup and turns to the rabbit. “Becca?”

“One half, please.” Nicki provides the high-pitched voice of Becca the rabbit.

Pretending to struggle to break the cube in half, Nicki speaks in an aside to Sadie. “She only wants to make things difficult.”

“I heard that,” the rabbit voice replies.

“Mr. Fluffernutter doesn’t need any. He doesn’t like sweets,” Sadie says regarding the dog.

Sadie places a piece of her chocolate in front of Becca.

“Tomorrow let’s take Becca to the salon and get her fur done,” Nicki says.

“I went there yesterday!” Sadie does the rabbit voice. “Can’t you tell?”

“Oh my, and a beautiful job they did too.” Nicki winks at Sadie.

“Mr. Fluffernutter should get a pedicure,” Sadie says.

“Hem, only if I may get the purple glitter polish,” is Mr. Fluffernutter’s response.

Sadie sips from her cup. “I want to see my mommy.”

Nicki glances back toward the house. “Mother’s sleeping now.”

“She’s your real mommy now. And he’s your uncle.”

Sadie shakes her head hard. Her face crumples and tears start to flow.

“Come here.” Nicki moves everything out of the way and sits beside her holding the girl’s hand in her lap. “You have to be patient. Things that are important take time.”

“I miss her,” Sadie whispers.

“I know. I’ll take care of you. You have to trust me.” But even as the words emerge from her lips, she hears the heavy shoes pounding down the back steps of the house and rushing toward them.