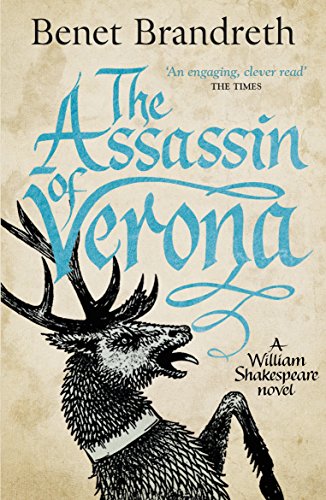 ' An engaging clever read' The Times A thrilling new novel of conspiracy, intrigue and rapier-sharp wit starring William Shakespeare Venice, 1586. William Shakespeare is disguised as a steward to the English Ambassador. He and his friends Oldcastle and Hemminges possess a deadly secret: the names of the catholic spies in England who seek to destroy Queen Elizabeth. Before long the Pope's agents will begin to close in on them and fleeing the city will be the players' only option. In Verona, Aemelia, the daughter of a Duke, is struggling to conceal her passionate affair with her cousin Valentine. But darker times lie ahead with the arrival of the sinister Father Thornhill who is determined to seek out any who don't conform to the Pope's ruthless agenda . . . Events will converge in the forests around Verona as a multitude of plots are hatched and discovered, players fall in and out of love and disguises are adopted and then discarded. Will Shakespeare and his friends escape with their secrets - and their lives? Bursting with breathless action, swaggering charm and rapier-sharp dialogue, The Assassin of Verona is the gripping new novel from the acclaimed author of The Spy of Venice. Praise for Benet Brandreth "Playful and inventive . . . The dialogue is wonderful, and Will's banter with his fellow actors sparkles." Antonia Senior "Entertaining and ebullient . . . The author knows his Shakespeare backwards (the Venice setting has been carefully chosen), rejoices in its wordplay, loves his allusions and has a good time with his characters. So did I." Elizabeth Buchan, Daily Mail "A Venetian romp" Telegraph 'Strong, well fleshed-out and colourful characters, a fast-moving and interesting plot and some good set-piece scenes, plus Brandreth's stylish writing, which rejoices in its wordplay and his love of allusions, will keep you guessing to the dramatic, blood-soaked end...a unique and compelling thriller' Crime Review