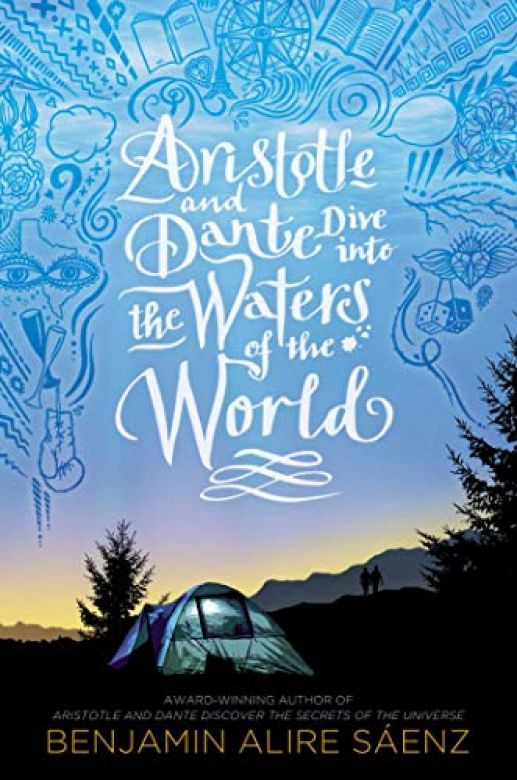 The highly anticipated sequel to the critically acclaimed, multiple award-winning novel Aristotle and Dante Discover the Secrets of the Universe is an “emotional roller coaster” (School Library Journal, starred review) sure to captivate fans of Adam Silvera and Mary H.K. Choi.

In Aristotle and Dante Discover the Secrets of the Universe, two boys in a border town fell in love. Now, they must discover what it means to stay in love and build a relationship in a world that seems to challenge their very existence.

Ari has spent all of high school burying who he really is, staying silent and invisible. He expected his senior year to be the same. But something in him cracked open when he fell in love with Dante, and he can’t go back. Suddenly he finds himself reaching out to new friends, standing up to bullies of all kinds, and making his voice heard. And, always, there is Dante, dreamy, witty Dante, who can get on Ari’s nerves and fill him with desire all at once.

The boys are determined to forge a path for themselves in a world that doesn’t understand them. But when Ari is faced with a shocking loss, he’ll have to fight like never before to create a life that is truthfully, joyfully his own. 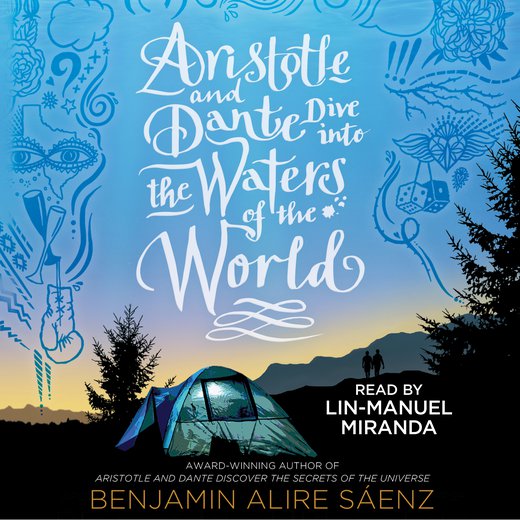 And here he was, Dante, with his head resting on my chest. In the stillness of the dawn, there was only the sound of Dante’s breathing. It was as though the universe had stopped whatever it was doing just to look down on two boys who had discovered its secrets.

As I felt the beating of Dante’s heart against the palm of my hand, I wished I could somehow reach into my chest and rip out my own heart and show Dante everything that it held.

I hated to wake him. But this moment had to end. We couldn’t live in the back of my pickup forever. It was late, and already it was another day, and we had to get home, and our parents would be worried. I kissed the top of his head. “Dante? Dante? Wake up.”

“I don’t ever want to wake up,” he whispered.

That made me smile. Such a Dante thing to say.

“C’mon, let’s get going. It looks like rain. And your mother’s going to kill us.”

Dante laughed. “She won’t kill us. We’ll just get one of her looks.”

I pulled him up and we both stood there, looking up at the sky. He took my hand. “Will you always love me?”

“And did you love me from the very beginning, the way that I loved you?”

“Yes, I think so. I think I did. It’s harder for me, Dante. You have to understand that. It will always be harder for me.”

“Not everything is that complicated, Ari.”

“Not everything is as simple as you think it is.”

He was about to say something, so I just kissed him. To shut him up, I think. But also because I liked kissing him.

He smiled. “You finally figured out a way to win an argument with me.”

“We don’t always have to agree,” I said.

“Did you say you love me?” He was laughing.

“I love the rain more than anything.”

We didn’t say anything on the drive back home.

Dante was quiet. Maybe too quiet. He, who was always so full of words, who knew what to say and how to say it without being afraid. And then the thought came to me that maybe Dante had always been afraid—just like me. It was as if we had both walked into a room together and we didn’t know what to do in that room. Or maybe, or maybe, or maybe. I just couldn’t stop thinking about things. I wondered if there would ever come a time when I would just stop thinking about things.

And then I heard Dante’s voice: “I wish I were a girl.”

I just looked at Dante. “What? Wanting to be a girl is serious business. You really wish you were a girl?”

And then he said, “But, at least, if I were a girl, then we could get married and, you know—”

“That’s not ever gonna happen.”

But I knew he would be.

And then I put on the radio and Dante started singing with Eric Clapton and he whispered that “My Father’s Eyes” was maybe his new favorite song. “Waiting for my prince to come,” he whispered. And he smiled.

“Maybe only when I’m with you.”

I loved when I said something that made Dante smile.

When we pulled up in front of his house, the sun was on the verge of showing its face to the new day. And that’s just how it felt—like a new day. But I was thinking that maybe I would never again know—or be sure of—what the new day would bring. And I didn’t want Dante to know that there was any fear living inside me at all because he might think that I didn’t love him.

I would never show him that I was afraid. That’s what I told myself. But I knew I couldn’t keep that promise.

I smiled—then laughed as he closed his eyes.

“You’re laughing at me.”

He smiled and looked at me. His eyes were filled with such hope. He jumped out of the truck and shut the door. He stuck his head through the open window. “I see a longing in you, Aristotle Mendoza.”

He laughed. “Those words live in you. Look them up.”

I watched him as he bounded up the steps. He moved with the grace of the swimmer that he was. There was no weight or worry in his step.

He turned around and waved, wearing that smile of his. I wondered if his smile would be enough.

God, let his smile be enough.