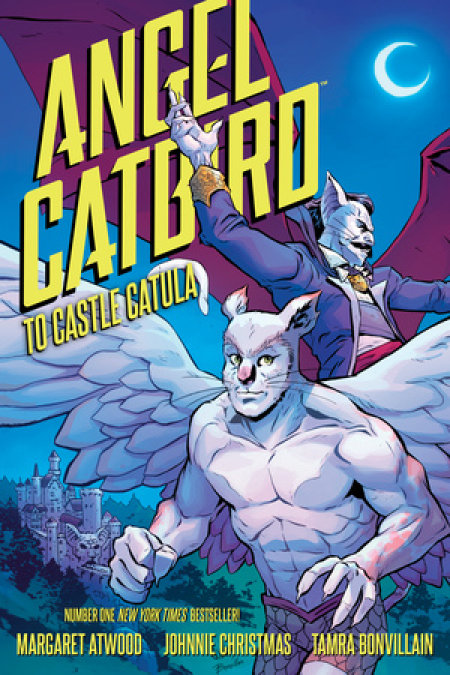 The cat-centric adventure continues, in the all-ages follow-up to The Handmaid’s Tale author Margaret Atwood's debut graphic novel. Genetic engineer Strig Feleedus, also known as Angel Catbird, and his band of half-cats head to Castle Catula to seek allies as the war between cats and rats escalates.

Published in over thirty-five countries, Margaret Atwood is one of the most important living writers of our day and is the author of more than forty books of fiction, poetry, and critical essays. Her work has won the Man Booker Prize, the Giller Prize, Premio Mondello, and more. Angel Catbird is her first graphic novel series.