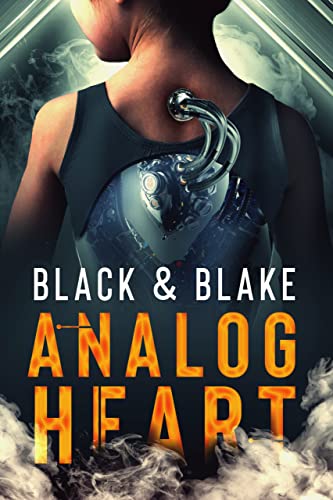 Cascade Labs said it was impossible for a robot to harm a human – it violates the code. But the murders of Bronson Dodge's wife and daughter proved otherwise. To keep him close and quiet, Cascade Labs gave Bronson a lucrative job that channeled his need for revenge into hunting down robots who’ve evolved beyond their programming.

So heavily augmented that he’s practically a robot himself, Bronson hunted robots for Cascade until he retired. His nanite augmentations are now coming to the end of their life cycle and Bronson's days are numbered.

But when Cascade engineer Isla Bligh comes to him for help, he decides to take on one last mission that goes against everything he believes: protecting a robot who shouldn’t exist from Cascade’s next generation of hunters.

Ava is a new kind of synthetic human, appearing to be a flesh and blood in every way, but she represents the next step in human-robot evolution. Bronson would’ve gleefully hunted her down himself … before his retirement.

Too bad he’s desperate for money – not to prolong his own pointless life, but to make amends ahead of his death.

Can Bronson overcome his own prejudices and smuggle Ava to safety under the noses of Cascade’s best hunters?

Analog Heart is the gripping new stand-alone SciFi Thriller from Sawyer Black and Avery Blake. And you could be reading it now!