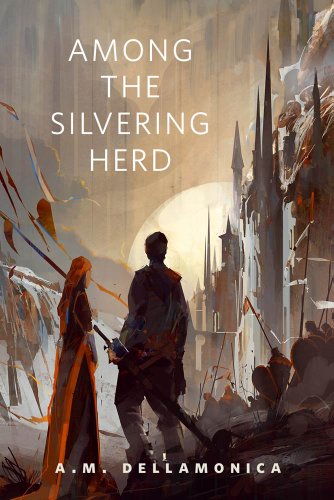 Among the Silvering Herd

For centuries, the island nation of Redcap has been obligated to pay tribute to the powerful nation of Sylvanna. Suffering under the heavy burden of the contract that by rights should be declared illegal, the princesses of Redcap summon Gale, a wealthy seawoman, to advise them. Political savvy is only one weapon in Gale's diplomatic arsenal, but she's up against a Sylvanner ambassador who will push her to the brink . . . or over it. A. M. Dellamonica's previous story for tor.com was a uniquely unusual contemporary fantasy love story set in the real world. "Among the Silvering Herd" takes place in another world, one that exists near ours but is quite different. "Among the Silvering Herd" is about loyalty, tradition, and the things people will do to protect what is theirs. This fantasy adventure shows off Dellamonica's gift for engaging characters and her ability to conjure unusual situations to test those characters' mettle. At the Publisher's request, this title is being sold without Digital Rights Management Software (DRM) applied.