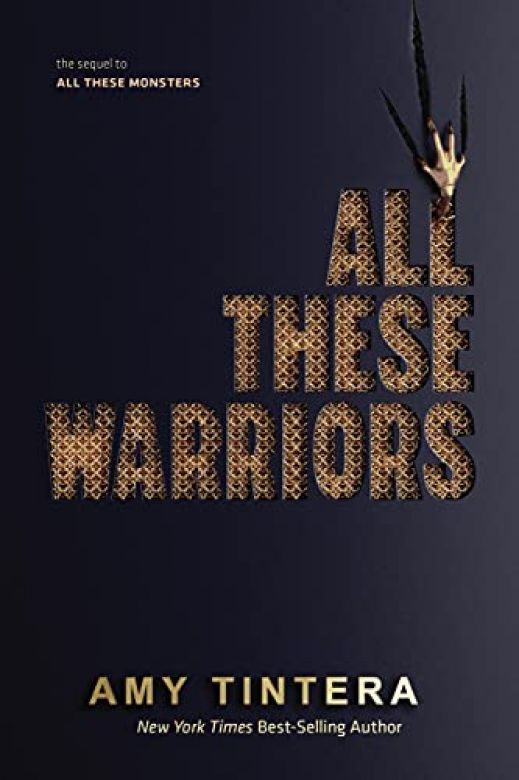 In this highly anticipated conclusion to New York Times best-selling author Amy Tintera's All These Monstersduology, Clara and Team Seven's quest to expose the truth behind the scrab menace has them facing their biggest threat yet: their own demons. Perfect for fans of Warcross and Renegades. When the world was crumbling, seventeen-year-old Clara fought back. She escaped her abusive home and joined Team Seven, a monster fighting squad of runaways and misfits formed to combat the scrabs terrorizing the planet. And after nearly dying in Paris, Clara and Team Seven discovered the sinister truth behind the scrab invasion. Scrabs aren't just mindless monsters set on destruction. They're being trained and weaponized by MDG, a private security firm hired by the government.  Now Clara and the rest of Team Seven have made it their mission to expose MDG. But no one said fighting for the truth would be easy. And as Clara and Team Seven find themselves at the center of a global conspiracy, they must face their biggest threat yet: their own demons. 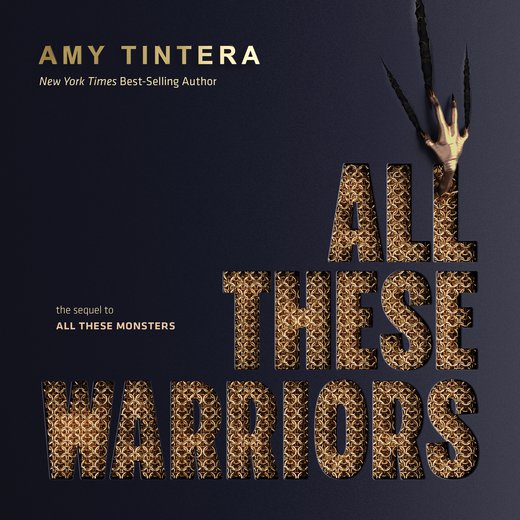 A heavy body slammed into my side, nearly knocking me off balance. I spun around, quickly regained my footing, and slashed my machete through the air.

The blade bounced off the scrab’s thick, gray, nearly impenetrable hide. I tried again, aiming for the softer skin under its chin. It roared as I succeeded, snapping at me with its sharp teeth. I withdrew my blade and stepped back. The scrab crumpled to the ground and went still. I jumped over its body, dodging the spreading pool of blood, and jogged out of the alley.

It was dark, the roads still damp from the light rain that had fallen earlier. The street was deserted except for the bodies of several dead scrabs. This section of north London had seen a lot of scrab attacks in recent weeks, and all the stores were deserted. One shop had a caved-in roof, the result of a scrab damaging something important structurally when it shot up from the earth. That whole side of the block was roped off with police tape, signs posted to warn people of the danger of going inside.

Grunts and a thump came from my left. I broke into a run and rounded the corner.

Maddie had two bloody blades in either hand, long blond ponytail swinging as she fought off a scrab. It was a huge one, well over six feet tall, with claws so long that two of them had broken off. An older scrab. You could often tell by the length of their claws.

She sliced her blade across its stomach and moved back as it fell. She never needed help with just one scrab, no matter how big or old. It made a thump sound as it hit the ground, followed by a gurgle from deep in its throat. She kicked it to make sure it was dead. No response.

She turned, spotted me, and motioned for me to follow her. We took off down the street.

“Yeah!” His voice came from somewhere nearby, but I couldn’t see him. “We’re nearly clear here.”

“On Weston Street!” Laila called, also out of sight. “We could use some help!”

“I’ve got it!” Patrick yelled. I spotted him when we turned, his tall, thin frame racing around the corner onto Weston Street. Maddie and I followed. Laila was fighting off a scrab at the end of the block, and Dorsey was a few feet away, taking on two at once. Patrick jumped in to help him.

Laila’s scrab staggered back suddenly, a blade sticking out of its neck. She leapt forward, grabbing the handle of the machete and plunging it deeper.

Maddie glanced over at Patrick and Dorsey, who were also finishing off their scrabs. She sheathed her machete and walked back to me.

“Should I make spaghetti or roast chicken for dinner?” she asked. “It’s my turn.”

“Oh god, neither,” I said. “I thought we decided to take you out of the cooking rotation.”

“Because your cooking is awful, Maddie.”

“Yes, it is,” Priya said, and I turned to see her walking toward us, pulling off the leather body armor we all wore to protect our arms. She brushed some dirt off her light brown skin and adjusted her pink knit hat.

“Your chicken isn’t so much roasted as blackened!” Patrick called. He was wiping blood off his ax.

Maddie flipped him off. He chuckled.

“You have other talents, but cooking is not one of them!” Noah yelled, still out of sight. “Heads up, just lost a scrab. Headed your way.”

The scrab galloped around the corner, abruptly changing course when it spotted us. It ran on all fours, teeth bared as it headed for us.

“Seriously?” Priya said, making an annoyed sound. “I thought we got them all.”

“I’ve got it,” I said, stepping forward. I waited as the scrab drew closer to us, drool flying from its sharp, bared teeth. I’d had one of those teeth lodged in my skin more than once, and I could feel the memory of it every time a scrab opened its mouth.

“Dinner or the scrab?” Noah called.

I darted out of the way as the scrab approached, letting it pass me. It skidded to a stop, confused, and when it turned, I drove my blade in its side. It roared as it fell. I pulled my machete from its side and stuck it quickly in its neck. Some of the scrabs had learned to play dead recently, so we always made sure.

This one was definitely dead. I shook my machete, trying to get rid of some of the blood.

“Tell me again why we stopped wearing the earpieces,” Priya said, turning in a circle like she was trying to find where Noah’s voice was coming from. “It was much easier to talk when we had those.”

“Because we broke them all within a month,” Maddie said. “Same reason we don’t wear body cameras anymore.” She walked to the end of the street and peered around. “Clear here too!” She headed back to me. “I can help you, at least. With dinner, I mean.”

“That’s all right,” I said, giving her an amused look. “I know you hate cooking.”

“I’ll help.” It was Edan’s voice, and I turned to see him walking around the corner with Noah and Dorsey. He’d pushed up the sleeves of his coat—probably to remove his armor—revealing the tattoos on both arms. I smiled at him.

Maddie and I headed into the street to join them. Patrick and Laila dodged dead scrabs as they made their way to us.

“A cleanup crew should already be on the way,” Maddie said, glancing at her phone.

“You should maybe tell them to bring an extra truck,” Dorsey said, surveying the mess. He ruffled his curly hair with one hand.

“Oh, dude, I have bad news for you,” Patrick said with a laugh, his gaze on Dorsey’s hair.

Dorsey looked at his bloody hand. “I have scrab guts in my hair, don’t I?”

“You sure do,” Patrick said.

“Every time,” Dorsey grumbled, trying to shake the remaining guts off his hand.

“We don’t have any people to drive an extra van,” Maddie said. “It’s hard enough to staff cleanup crew these days. We’re going to have to start doing it ourselves soon.”

Dorsey sighed. Maddie and I exchanged a look. I’d gone over the recruit list with her earlier today, and she was right—we didn’t have the people.

A white van turned the corner and came to a stop, headlights catching some scrab parts in the middle of the street.

“Let’s get out of here,” Maddie said.

A bulky man stepped out of the van, his expression stricken as he looked from us to the dead scrabs. He was a new recruit, part of the group that had joined last month. Another recruit hopped out of the passenger’s side.

Maddie turned and started walking in the direction of our van, parked at the other end of the block. The team followed her.

“Holy crap,” the new recruit said from behind me. “Did you guys take on all these scrabs yourselves? Was anyone injured? Or killed?”

“Nope,” I said, smiling at him over my shoulder. “Still alive.”