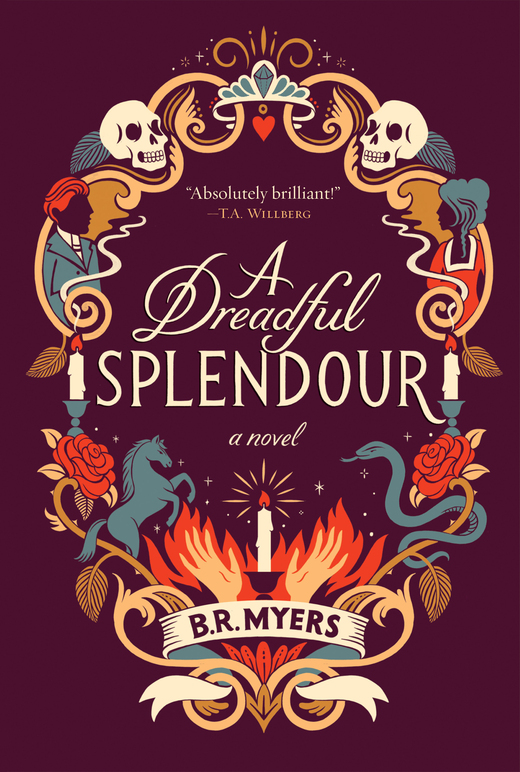 A wickedly whimsical and delectable brew of mystery, spine-tingling chills and intoxicating romance that makes for an irresistibly fun and page-turning read

The bride: The dearly departed. Who could have killed her?

The groom: Is there no love lost for his would-be wife?

The medium: She speaks to the dead. She’s a fake—isn’t she?

The doctor: He swore to do no harm. Did he?

The ward: He lives in the house, but will he ever be family?

The lawyer: He’s served the family for decades. If there were secrets, wouldn’t he know them?

The housekeeper: She runs the house. What has she seen?

The maid: She knows all the gossip. What does she have to hide?

London, 1852. Genevieve Timmons has made her living posing as a spiritualist to swindle wealthy believers, until one misstep lands her in a jail cell awaiting the noose. Then a stranger, Mr. Lockhart, arrives to make her a peculiar offer. The lord he serves, Mr. Pemberton, has been grieving the mysterious death of his beautiful bride-to-be for six months. Although no foul play was ever uncovered, the young lord is convinced that she was murdered. If Genevieve can hold a séance to persuade him that his betrothed’s spirit is at peace, Mr. Lockhart promises to have the charges against her dismissed and reward her with enough money to start a new life.

But when Genevieve arrives at Somerset Park estate, she discovers that the handsome and aloof Mr. Pemberton is anything but the heartbroken lover she expected. Mr. Pemberton then approaches Genevieve with an offer of his own: together, they will stage a séance so convincing it will coax the killer out of the shadows.

Attempting to play both sides until she can determine which plan holds the key to her freedom, Genevieve prepares to stage a haunting. But when ghoulish incidents begin to plague the manor, the dogged heroine realizes her tricks may not be required after all. Somerset and its residents are hiding many deadly secrets, and its ghosts could be all too real.